Remembrances of 9/11 shared by local residents 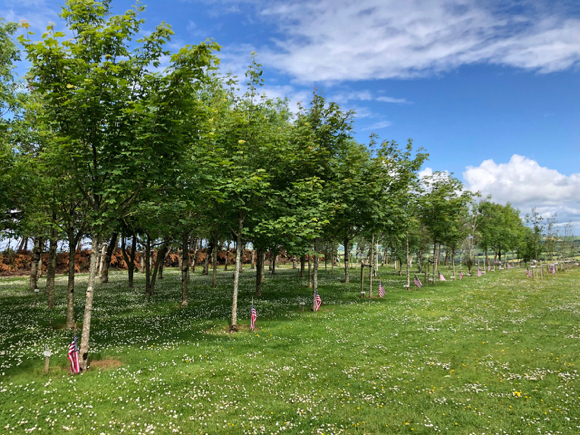 Atherton resident and InMenlo contributing photographer Laura Pitchford spent a month in Ireland this summer. While there she photographed the Garden of Remembrance in Kinsale (pictured above).

“[It] was dedicated by an Irish woman who had worked as a nurse in NYC for most of her life and had nursed many of the firefighters who died in 9/11. There are 343 trees, each one planted for a firefighter who lost his life. The American flags are sent over every year by an American who visited and was so touched that he now sends the flags for each anniversary.” 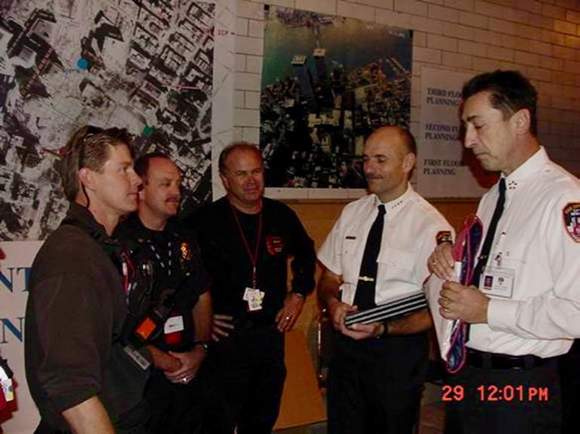 In another remembrance, after several weeks at Ground Zero and prior to their departure for home, representatives from California Urban Search and Rescue Task Force 3 (CA-TF3) and the California Governor’s Office of Emergency Services representative presented a California State Flag that was flown over the State Capital on 9/11 to the FDNY Commanders at their emergency operations center, in a gesture of solidarity approved by California Governor Gray Davis.

“It was a difficult and somber moment, you could visibly see and feel the weight of the world on these two veteran FDNY commanders,” said Fire Chief Harold Schapelhouman. “The loss of 343 firefighters and thousands of people was palpable, overwhelming and very humbling. They say the eyes are the window of the soul and similar to my experiences at the Oklahoma City Bombing five years before, you could see both the strength and resolve as well as the sorrow and pain in the eyes of every firefighter and police officer you encountered at Ground Zero.”