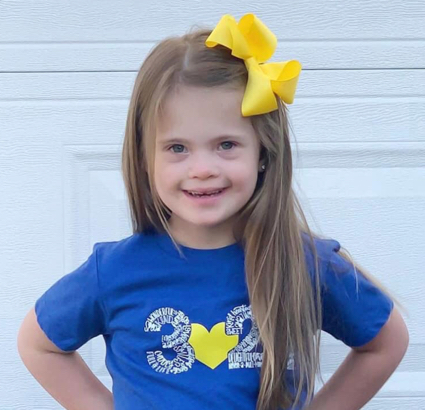 Five-year-old Viena Ivana Knoss, who lives in Menlo Park, will be featured on the video screen in New York’s Times Square on Sept. 14 as part of the National Down Syndrome Society’s (NDSS) 25th annual NYC Buddy Walk.

Viena’s photo was among those selected from over 3,000 entries in the NDSS worldwide call for photos.

Emails Viena’s aunt Katarina Milicevic: “My sister Jelena and brother-in-law Vince will also be attending the Buddy Walk in Central Park, which brought together more than 2,000 people in 2018 and raised over $145,000 in programs that benefit people with Down Syndrome and their families.”