As retirement approaches, Tim Molak reflects on his years at Woodside Priory 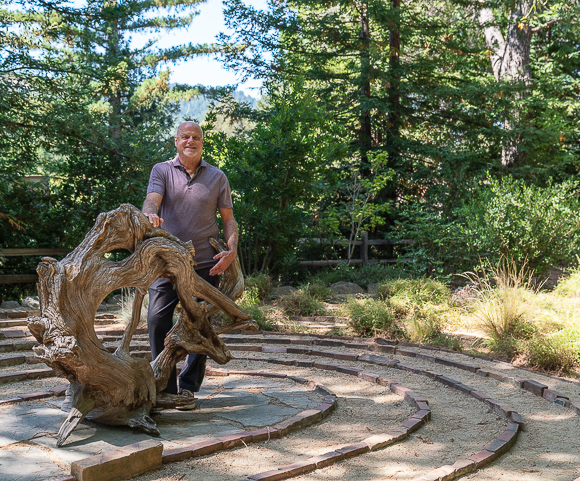 The Woodside Priory has been central to Tim Molak’s life for the past 30 years. In June 2020, that will change when he retires as Head of School.

“There’s a cool retirement app,” he said when we visited him at the combined middle/high school a few weeks back. “I have nine months, 18 days, 12 hours and 42 seconds!”

While Tim’s successor has been named [Patrick Ruff from St. Ignatius College Preparatory in San Francisco], we don’t want to give the impression that he already has one foot out the door. As we toured the campus with him, it was evident how actively engaged he remains.

Tim grew up in the Roman Catholic church and his faith — and the religion — have been important components of his life. He joined the Christian Brothers in the ’70s but left the order before taking final vows.

“Faith-based education has always been the draw for me,” he said. “Mind, heart and soul — we want to do all three. We teach within a community where you can speak both of your faith and your journey of spirituality. That’s core to the school as well as our commitment to social justice and service to others.”

Founded in 1957 on an 18-acre ranch by a group of seven Hungarian Benedictine monks, of which three remain, the Priory is the only Benedictine prep school in California. It opened as an all-male boarding school, and today boarding accounts for 20% of the now coed student body.

The campus spreads out over 51 acres, and Tim said that one of the surprises of his tenure is how much he’s enjoyed overseeing the facilities. “The objective is to create spaces on campus that are appealing to students, places that can become gathering spots,” he explained.

One focal point on campus is the school’s 7,500 square foot garden with 50 grow boxes. “Student pick the garden and eat from it,” Tim said. “The left over food goes to the chickens. It’s an ecosystem for the kids!”

His priority post-retirement is travel. “I have family in the Midwest who I want to see,” Tim said. “But what I really look forward to is waking up each morning and having the freedom to do what I want that day!”

Woodside Priory is hosting two open houses for both the middle and upper schools on October 5 and again on November 16. Reserve a space for one of the open houses online.

Photo of Tim in the school’s labyrinth by Irene Searles (c) 2019; the wooden heart was used in one of the middle school’s musicals and, as Tim explained “once situated ini the labyrinth we noticed the shape of a heart in the middle — so apropos for this walking meditation garden.”