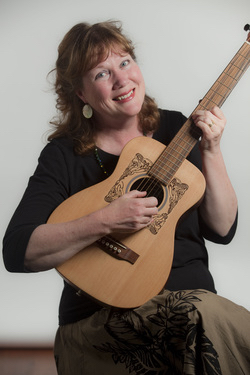 Marylee Sunseri is returning to the Menlo Park Library on Tuesday, Oct. 8, from 12:30 to 1:00 pm, bringing her guitar, colorful props, wonderful songs, and audience participation, as she shares finger plays & wiggle-tunes for babies & toddlers — and their grownups.