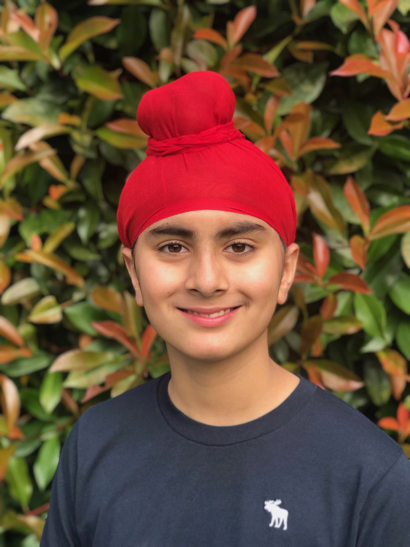 Menlo Park sixth grader Munveer Singh has been selected as one of 50 Kid Reporters to join Scholastic Kids Press, an award-winning team of young journalists, ages 10–14, from around the world.

During the program’s 20th anniversary year, Munveer will report “news for kids, by kids,” sharing stories from his community while covering critical topics and issues that matter most to young people. Kid Reporter stories are published on the program’s website, and featured in select issues of Scholastic Classroom Magazines, which reach more than 25 million students in classrooms nationwide.

The annual selection of Kid Reporters is based on writing ability, interviewing skills, and attention to detail. The Kid Reporter application includes a typed news article, a typed essay that answers the questions: “Why do you want to be a Kid Reporter?” and two ideas for stories about their community that they would like to work on as a Kid Reporter.

Munveer, who has called Menlo Park home for the past six years, attends Menlo School. “I enjoy playing on the flag football team and going downtown with my friends on Fridays,” he said.

An avid reader, Munveer also enjoys public speaking and current events. “I admire different writing styles,” he said. “Journalism will allow me to explore my interests in current events, meeting new people, and writing. I’m excited to learn how to write different types of articles about inspirational people and events.”

As they work closely with an editor throughout the school year, Kid Reporters receive valuable, hands-on journalism experience pitching stories and doing interviews. They build confidence and sharpen their communication and critical-thinking skills as they cover current events, breaking news, entertainment, sports, and more in their hometowns and on the national stage.

“Celebrating 20 years of student journalism is so rewarding for us,” said Suzanne McCabe, Editor of Scholastic Kids Press.  “Since its beginning, Scholastic Kids Press has educated students about the world by giving kids the opportunity to report on news that matters to them.”