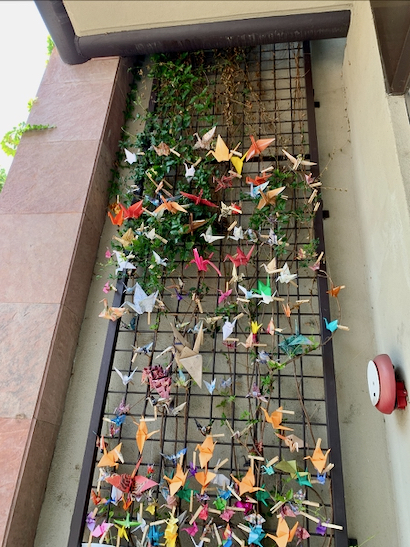 To commemorate the 75th anniversary of the atomic bombing of Hiroshima, Japan, bilingual storyteller Megumi will tell the story of Sadako, a 12-year-old girl who has come to symbolize world peace. Immediately following, she will give an intermediate origami demonstration on how to fold paper cranes. Register online.

Learn:
-Who was Sadako Sasako?
-What is the story behind the legend of a thousand paper cranes bringing peace?

This event is best for adults and for mature children age 10 and older. The true story is about world peace and the power of ordinary people, and in this case children, to make a difference, but it’s also about an innocent child dying.

In the second portion of the program, Megumi will offer a paper crane folding “how-to.” This is an intermediate origami project. 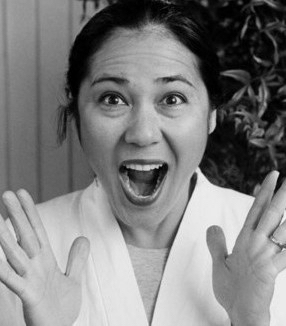 About Megumi
Born in Illinois, but raised in Japan for 7 years (ages 3-10) and California (age 10 on) by a Japanese mother and a European American father, Megumi grew up as the oldest of five children. She adapted to this bi-cultural, bilingual, and turbulent family by finding and emulating role models in real life and in stories. She delights in telling Japanese folktales she fondly remembers from her childhood. She is also passionate about telling World War II Japanese American internment camp stories based on dozens of interviews she conducted with former internees, whom she admires greatly.

Footnote: The Peninsula/Palo Alto Women’s International League for Peace and Freedom in collaboration with Menlo Park Public Art has succeeded in collecting 1000 paper cranes to commemorate the 75th anniversary of the atomic bombings of Hiroshima (August 6) and Nagasaki (August 9). The cranes are on display outside Art Ventures on Santa Cruz Avenue in downtown Menlo Park.