Well that was quite the overnight lightning show! 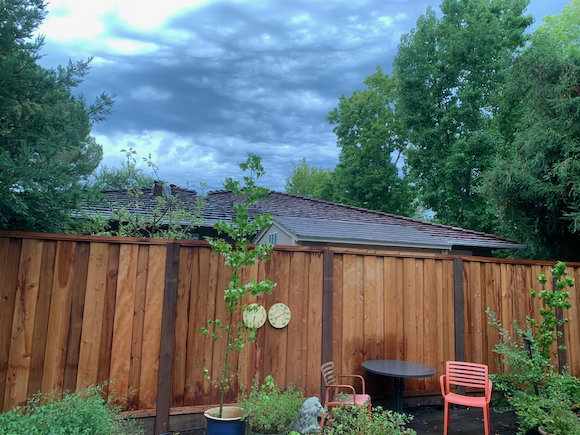 We counted three predawn distinct thunderstorms and a couple of more heard in the distance. The first came with just a little bit of rain, so what’s called dry lightning. That said, it’s a misnomer as there is rain, it just evaporates before hitting the ground. 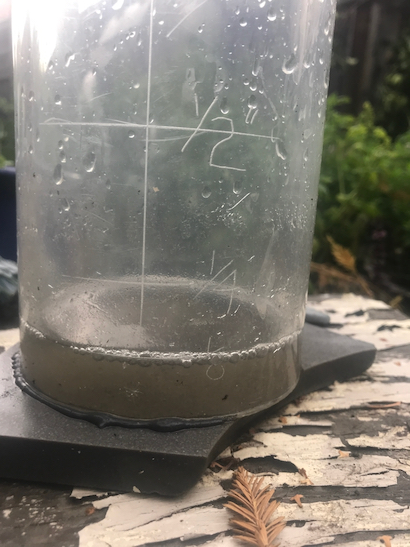 The second storm came with a drenching downpour, enough to fill Mike Laine’s rainfall gauge to the 1/8th of an inch march.

The third straddled daybreak/dawn. Clouds were ominous outside the window overlooking the vegetable garden.

Tweeted Daniel Swain of Weather West: “Wild night in the San Francisco Bay Area. This is probably the most widespread and violent summer thunderstorm event in memory for Bay Area, nd it’s also one of the hottest nights in years. Convective gusts 60+ mph; enormous amount of (partially dry) lightning. Wow.”

Alas, all the moisture didn’t do much to cool things down. Temperatures in the ’90s are forecast through Wednesday.

Chronicle photographer Carlos Avila Gonzales captured a the lightning over the Bay Bridge.