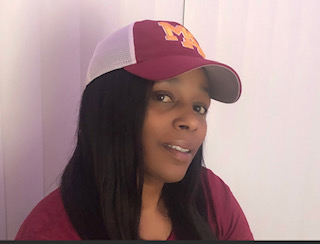 Originally from Omaha NE, Aisha has been involved in track and field since running club track at the age of 10. She also ran for Omaha Northwest High School where she was a state qualifier in the Triple Jump and state runner up in the 4x100m relay. Aisha finished her track career at Wayne State College where she held school records in the 200m and multiple relays.

After relocating to the Bay Area, Aisha began her coaching career with the East Palo Alto Greyhounds Track and Field team. The Greyhounds are one of the top Club teams in the area and have produced numerous USATF All Americans and National Champions. Aisha has been an assistant coach for the track and field team at M-A for 11 years. During this time, there have been multiple individual and team league championships, CCS finalists, CCS Champions, and State qualifiers.

“I am excited to take on this role and have the opportunity to continue the great legacy of M-A sports, Aisha said. “With the staff and support system I have, I am positive we can continue the tradition. I am confident my knowledge and experience will help the students succeed in the classroom as well as on the track.