Summer nights at Filoli begin May 27 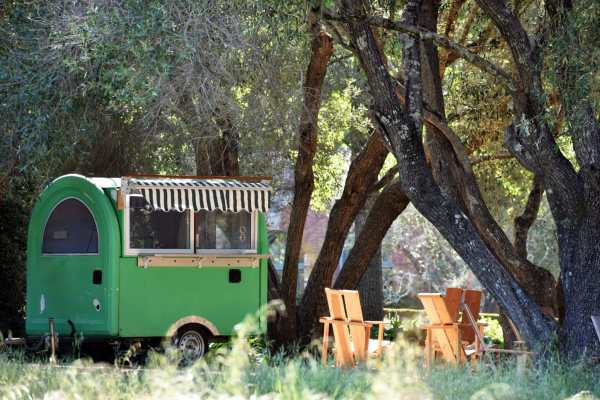 Every Thursday night beginning May 27 through September 23, Filoli offers evening admission to enjoy the tranquil setting of twilight in the Garden. The historic House is open until 7:00 pm, while the Garden is open until 8:00 pm. Filoli’s Quail’s Nest Café is open until 7:30 pm, offering a menu of sandwiches, salads, soups, and sides. In the Olive Grove—which is undergoing a years-long renovation with heavy pruning of the trees—the new Grove Bar (pictured) offers canned beer, wine, and other refreshments until 7:30 pm.

A special Dynasty theme night is set for Thursday, June 3, to mark 40 years since the popular television series first aired. The infamous Carrington mansion was modeled after Filoli, and many scenes were actually filmed on site. Film stills feature prominently in each room of the House, and visitors are encouraged to dress in their most extravagant Dynasty lookalike outfits.