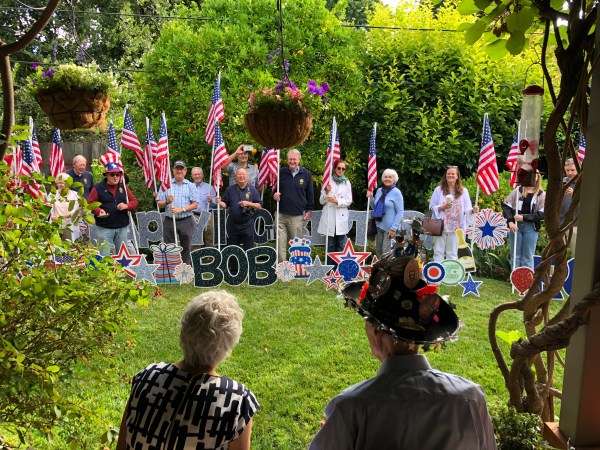 On the occasion of his 100th birthday, Menlo Park resident Bob Williams was treated to a Happy Birthday serenade by his fellow Palo Alto University Rotary Club this morning. (Download here.)

What is the secret to his longevity? “Smile more and say hello,” says Bob. 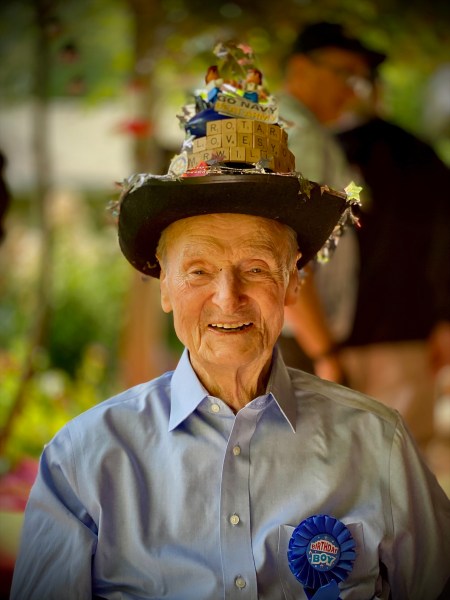 Bob’s life is not only long, it is distinguished. Prior to entering the Naval Academy, he earned an Eagle Scout Award in his home town of Sausalito and was an American swimming relay record holder.

As a Naval Academy midshipman, he held the highest appointive rank, now Brigade Commander; the highest elective office, Class President; and was a two-sport varsity athlete. He graduated from the Academy a year early in 1944, accelerated by World War II.

During the war, Bob was a shipboard officer on the USS Cleveland and fought in four Western Pacific campaigns. After the War, Bob became a Naval Aviator with tours in seaplane and carrier squadrons. He resigned in 1953, having served 9 years.

Following his military service and graduation with a master’s degree from Stanford (1951), Bob embarked on a remarkable and ground breaking career in the life insurance industry. The firm he founded (Willinsure) pioneered opening up the Middle East for American companies to do business.

Bob’s life is distinguished further by two highly visible contributions to the nation’s sporting culture. One gives special recognition to veterans at sporting events across the country. The other is a program for enhanced sportsmanship.

In the words of General Mattis: “With his emphasis on ethics and sportsmanship, Bob brings a perspective that applies far beyond the playing fields and his support to veterans is legendary.” 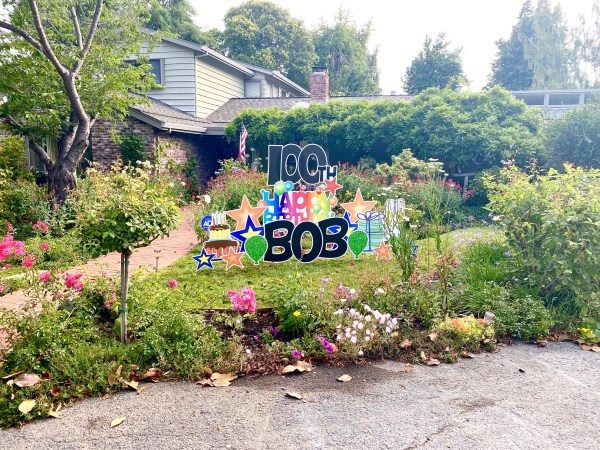 Happy 100th birthday, Bob. What a wonderful write-up for such a wonderful person. Bob deserves all the credit for his many accomplishments and we are proud to call him a member of the Palo Alto University Rotary Club and Rotary International!