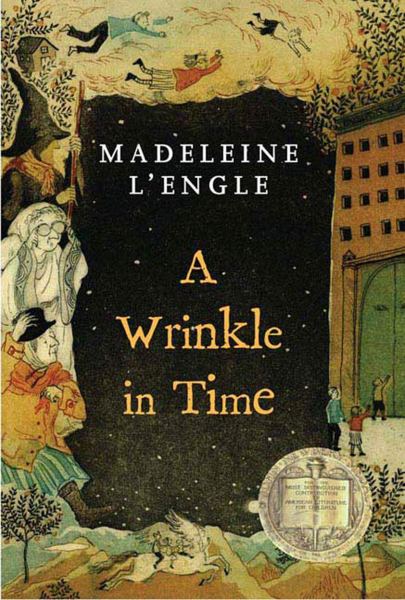 This month Menlo Park Library’s Sci-Fi/Fantasy Book Group will discuss A Wrinkle in Time, Madeleine L’Engle’s classic novel that has been a gateway to science fiction for generations of children. The discussion takes place on Monday, January 24, from 7:15 to 8:30 pm. Register online.

In this Newberry award-winning book, Meg Murry and her friends become involved with unearthly strangers and a search for Meg’s father, who has disappeared while engaged in secret work for the government.

Madeleine L’Engle (1945-2007) published her first novel, The Small Rain, in 1945. Four years later, she published her first children’s book, And Both Were Young. After struggling for several years, L’Engle began a series of juvenile fictional works about the Austin family with the 1960s Meet the Austins. Two years later, she earned acclaim for A Wrinkle in Time, introducing a group of young children who engage in a cosmic battle against a great evil that abhors individuality; it spawned four sequels, as well as a 2018 big screen adaptation. L’Engle also wrote several books of fiction and poetry for adults.

The Sci-Fi/Fantasy Book Group meets on the fourth Monday of each month.