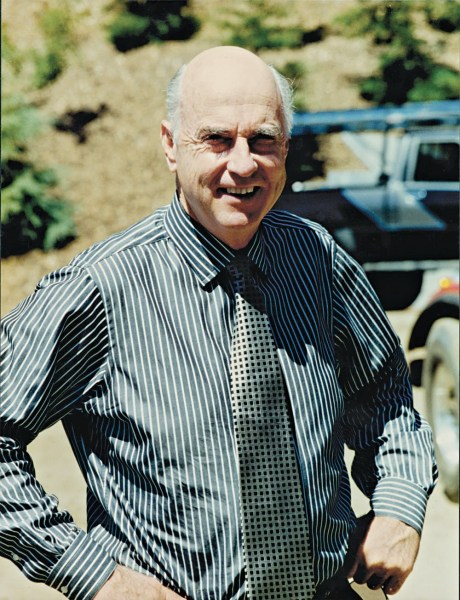 He also supported Menlo School in Atherton, where his son, John Jr., attended. Posted the School on Facebook: “John’s invaluable involvement is the reason we have the campus we do today: he was instrumental in the construction of the Middle and Upper School campuses, the Athletic Center, the Creative Arts and Design Center, the Whitaker Lab, and the renovation of Stent Hall that added the current Dining Commons and Student Center. The peaceful redwood grove at the back of the Quad is named in honor of John’s first wife, Frances.”

In 1955, a young man with an irrepressible will and a voracious appetite for learning embarked on a degree at Stanford University. One of five children born and raised in Inglewood, California, he was among Silicon Valley’s most active real estate developers and one of America’s most generous philanthropists. In 2013, he displayed one of his countless acts of generosity with a remarkable gift of $151 million to Stanford University, its largest to date at that time from a living donor.

The man behind that gift was John Arrillaga Sr., a spectacular community servant, visionary real estate developer, boundlessly faithful and loving spouse, and an unconditionally loving, present, and unparalleled parent and grandparent. Few people demonstrate more powerfully the way that generosity’s impact outlasts the act of giving. He gave endlessly to his community, to others — both known and unknown to him — and set a powerful example to all of those around him to do the same. 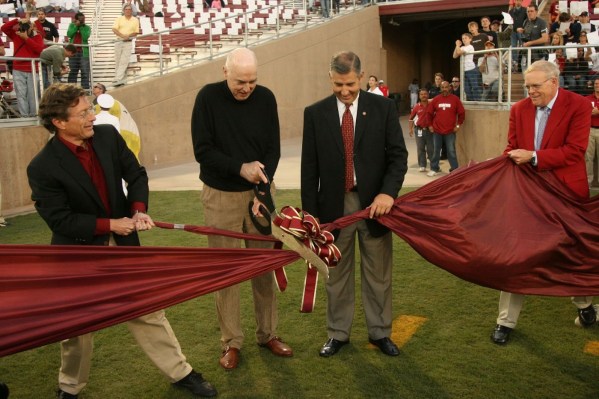 Arrillaga’s work ethic as student-athlete at Stanford was exceptional. His scholarship paid his tuition but not living expenses or the cost of his books, so while completing his studies and excelling at his athletic requirements (he was team captain and became an All-American basketball player), he held six jobs, from washing dishes to delivering mail and working as a gardener and cook. At Stanford he was a straight-A geography major and an All-American and Academic All-American basketball player, after graduating from Morningside High School. At Morningside, he earned the California Interscholastic Federation Award for academic, athletic, and service excellence and served for multiple years as Morningside High School’s student body president. 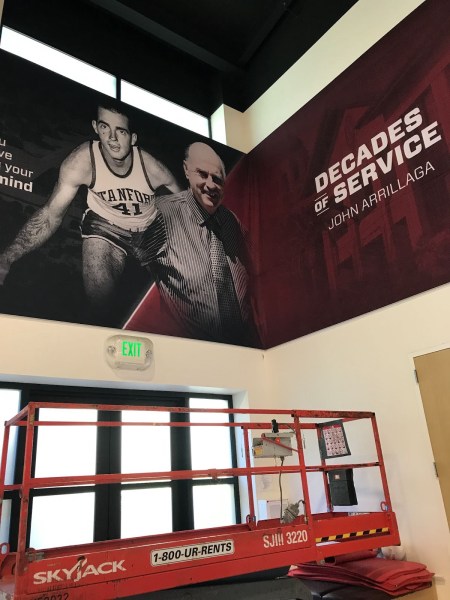 His philanthropy came long before his business success. He made his first gift to Stanford — a two-figure donation — just after graduating. It was what he could give at the time, and even then the gift stretched him financially.

John and Frances Arrillaga had a beautiful partnership of family, service, and generosity. Together, they embodied the philanthropic spirit at its finest, creating the Arrillaga Foundation and contributing to countless causes. They were an incredible team and continued his extraordinary generosity throughout the Silicon Valley community.

For Arrillaga, writing checks was not enough. Over the past four decades, he dedicated at least half of his time to his philanthropic efforts — still working seven days a week at the age of 84, literally negotiating leases until the day prior to his passing. He believed that successful philanthropy means combining financial resources with brainpower, skills, and networks to amplify the number of lives he can touch and help transform. He believed that “one should always give as much as one can, for the more one gives, the more life gives one in return.”

He also believed that “one of the few things in life that one can control is how hard one works.” He exemplified that mantra and worked tirelessly throughout his life. He held his first job at age nine, delivering newspapers, which was rapidly supplemented by his first dishwashing job in a local restaurant in Inglewood, California, the community in which he was born and raised, where his mother took in neighbors’ laundry to help ends meet.

John Arrillaga was born in 1937 to professional soccer goalie, Gabriel Arrillaga, who later became a laborer in the Los Angeles produce market, and Freda Arrillaga, a former nurse and later mother of John and his four siblings, the late Gabriel Arrillaga, Alice Arrillaga Kalomas, William “Bill” Arrillaga, and Mary Arrillaga Danna. While their upbringing was minimal in terms of financial resources, it was bountiful in terms of love, family time, work ethic, integrity, and support of one another.

During his high school years, Arrillaga was President of Boy’s State, a nationally renowned athlete, and loved by all on his campus. After graduating from Stanford University, he traveled the world while playing basketball for the US National Basketball team, but left professional basketball quickly after realizing it would not afford him the family life that he desired. After briefly selling insurance, he saved enough money to purchase his first run-down commercial building and completed all of the work on it with his own two hands before earning enough in rent to purchase his second building.

He built and donated campuses for the high schools of both his children, at Menlo School and Castilleja School. He built the Rosewood Office Complex on Sand Hill Road in Menlo Park, which he then donated to Stanford. He built and donated dozens of buildings for police departments throughout Silicon Valley, libraries, community recreation centers, veteran’s facilities, Ronald McDonald house — a few that bear his name and dozens of others that he gave anonymously.

At Stanford University, Arrillaga rebuilt Maples Pavilion, the home of Stanford Basketball, and over the last 30 years he has rebuilt almost all of the campuses’ athletic facilities. He led and managed construction of the university’s state-of-the-art football stadium, making decisions on design and landscaping while scrutinizing every detail — he selected every single palm tree, worked out the best form for every structural element and created his own designs for the seating. And, in a remarkable achievement, he completed the stadium construction in just 42 weeks — and under budget.

He went to the Stanford campus almost every single day of his adult life, where he was renowned for walking the campus and personally picking up every single piece of trash he saw and rearranging single stones in fountains across the campus. In 2009, Arrillaga was honored with Stanford University’s highest honor: The Degree of the Uncommon Man. He began leading by example at an early age and continued to do so until his passing.

As a real estate developer, Arrillaga partnered with Richard “Dick” Peery for 50 years at their eponymous firm “Peery Arrillaga.” They ran their firm with minimal staff (less than 12 people at its most populous), and with the long-time management of Jeannette Schirtzinger. Together they envisioned and executed many of Silicon Valley’s most prominent corporate campuses, totaling well over 20 million square feet. They believed and operated on the premise of never having debt. Arrillaga was the creative visionary, while Peery was their financial and legal mastermind. Together they partnered on the negotiations, and John was known as “the toughest dealmaker in Silicon Valley,” given his focus on construction and leasing.

In addition to his incomparable professional and philanthropic contributions to Silicon Valley and Stanford University, Arrillaga was home for dinner every night with his family. He never missed one of his children’s sporting events, award ceremonies and talked with both his children every day.

Several years after the passing of his first wife, Frances, Arrillaga met and later married Gioia Fasi Arrillaga, a former successful attorney and graduate of Santa Clara Law School. They lived happily together for his last 22 years and spent their days consuming Gioia’s magnificent meals, watching sports together, reading the works of Louis L’Amour and attending every Stanford sporting event possible.

He was loved immensely by all that he came into contact with, and his loss will be immense. His legacy will continue far beyond his time on earth.

In lieu of flowers or gifts, the family invites you to make gifts to the nonprofit organization that means the most to you in John Arrillaga’s honor. For more information on and to register for his Celebration of Life, please email johnamemorial@gmail.com.