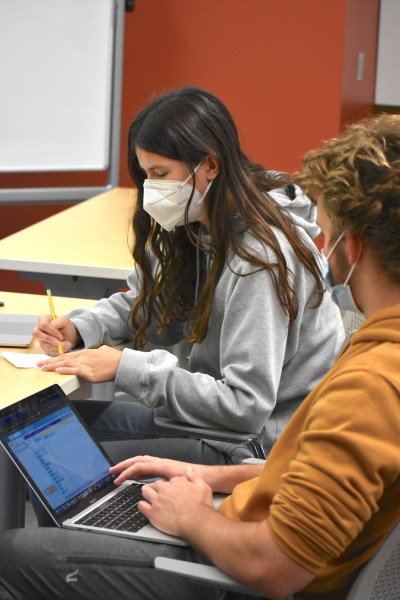 Sacred Heart Prep (SHP) in Atherton has received the College Board’s AP® Computer Science Female Diversity Award for the school’s work to expand young women’s enrollment in AP Computer Science Principles (CSP), making it one of only 760 schools nationwide to be recognized for this result in the 2020-21 school year.

Research shows that young women who take AP CSP in high school are more than five times as likely to major in computer science in college.

Kevin Morris, SHP computer science teacher, noted that the number of young women enrolling in computer science courses has risen, including in AP Computer Science (CS), which is the more advanced course after AP CSP. Efforts to increase those numbers have included communicating to young women at SHP that “they won’t be the only ones in the class,” and addressing biases, says Morris.

Bias affects the entire field, causing a lack of gender representation, he added. “There are all sorts of bias issues, even in things like facial recognition algorithms. The biggest barrier is getting students to see themselves as computer scientists… I don’t want students to think, ‘I’ve never done this before, so it’s not for me…’ All of the CS courses at SHP are designed for total novices—I’ll teach you what you need to know.”

Of the more than a half-dozen young women currently enrolled in the most advanced AP CS course this semester, Morris said, several are “considering being CS majors (in college)… This is how it should work.”