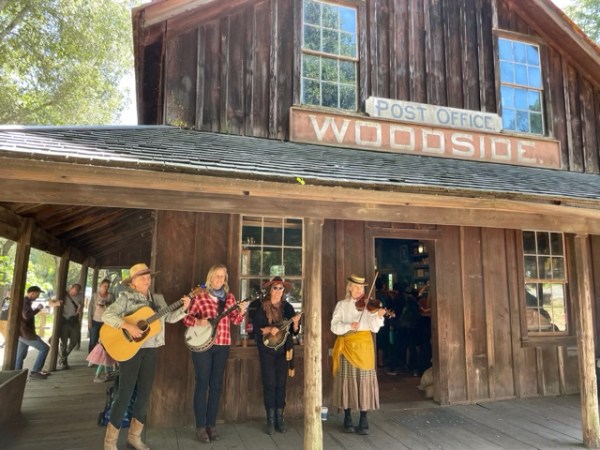 On May 1, the annual Family Day event was held at the Woodside Store. InMenlo contributing photographer Frances Freyberg was there to capture the action. Here’s a bit of history about the Store, courtesy of the San Mateo Historical Association. 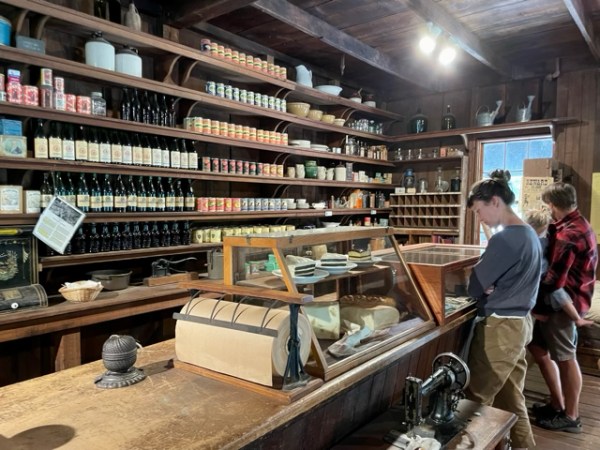 In October 1849, Matthias Alfred Parkhurst, age 20, purchased 127 acres of John Copinger’s Rancho Canada de Raymundo near old Mexican saw pits and began shingle making and lumbering. His partners were a man named Ellis (who even those in the lumbering community said drank to much), James H. “Grizzly” Ryder, a Mexican War veteran, and a 33-year-old dentist named Robert Orville Tripp who had accompanied Ryder to California. All were from Massachusetts. 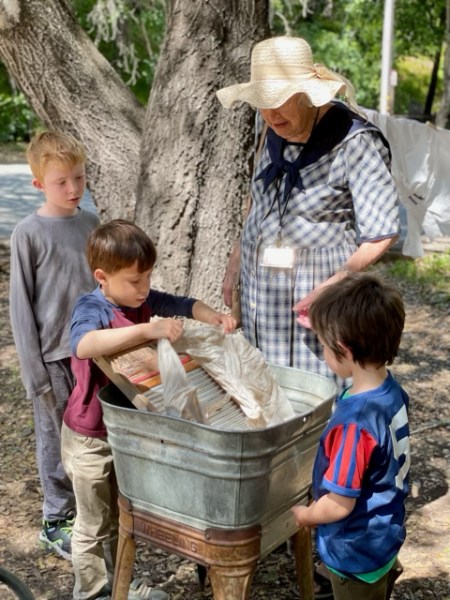 Parkhurst and Ellis began with a shingle camp. Tripp and others joined them. Using an old trail along Redwood Creek to the bay, the partners dragged wharf timbers to a Mexican embarcadero at the site of present day Redwood City. There they made rafts and floated them on the tides to San Francisco’s bay waterfront. Gold Rush growth and several severe fires in the city created high demand for building materials. Thus did a prosperous commerce open in 1850 for lumbermen, teamsters, blacksmiths, wagon makers, storekeepers, and saloon owners.

Parkhurst at first sold goods from his modest hut, then Tripp joined him in a small store building. In 1853 when stage service began to their store in the Red Woods, they renamed their business site Woodside. A year later, they built a new store, the present building. Their partnership was dissolved in 1860. In 1863 Parkhurst died. Dr. Tripp took over, operating the store until his death in 1909. He became a legendary character, his name synonymous with Woodside. 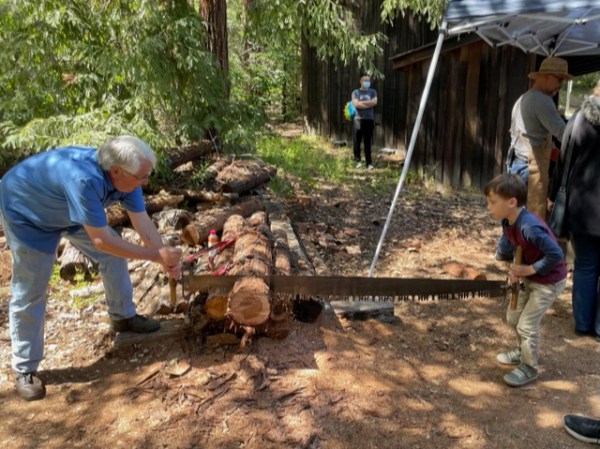 In 1940 the San Mateo County Historical Association urged the store’s preservation and it was purchased by San Mateo County. The store has since been restored to its 1880s condition and stocked with period items.