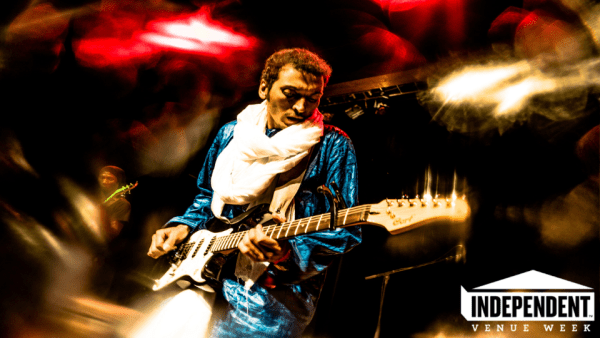 The Guild Theatre is participating in 2022’s Independent Venue Week, featuring a performance by Nigerien singer-songwriter and guitarist BOMBINO on Friday, July 15.

Independent Venue Week brings together venues, fans, rising and established artists, promoters, labels, media, and tastemakers for a series of shows curated by hundreds of independent venues and promoters.

“Independent concert venues on the San Francisco Bay Area Peninsula are few and far between” says Guild Theatre General Manager, Tom Bailey. “We are delighted to have recently re-opened a beautifully re-made venue with state of the art sound, lighting, and acoustics. Bringing live music back to this area is important to the ecosystem of our local community, and there’s nothing quite like seeing a world class artist perform in a smaller (500 capacity) room. Being independent allows us to select programming that appeals to a wide range of patrons.”