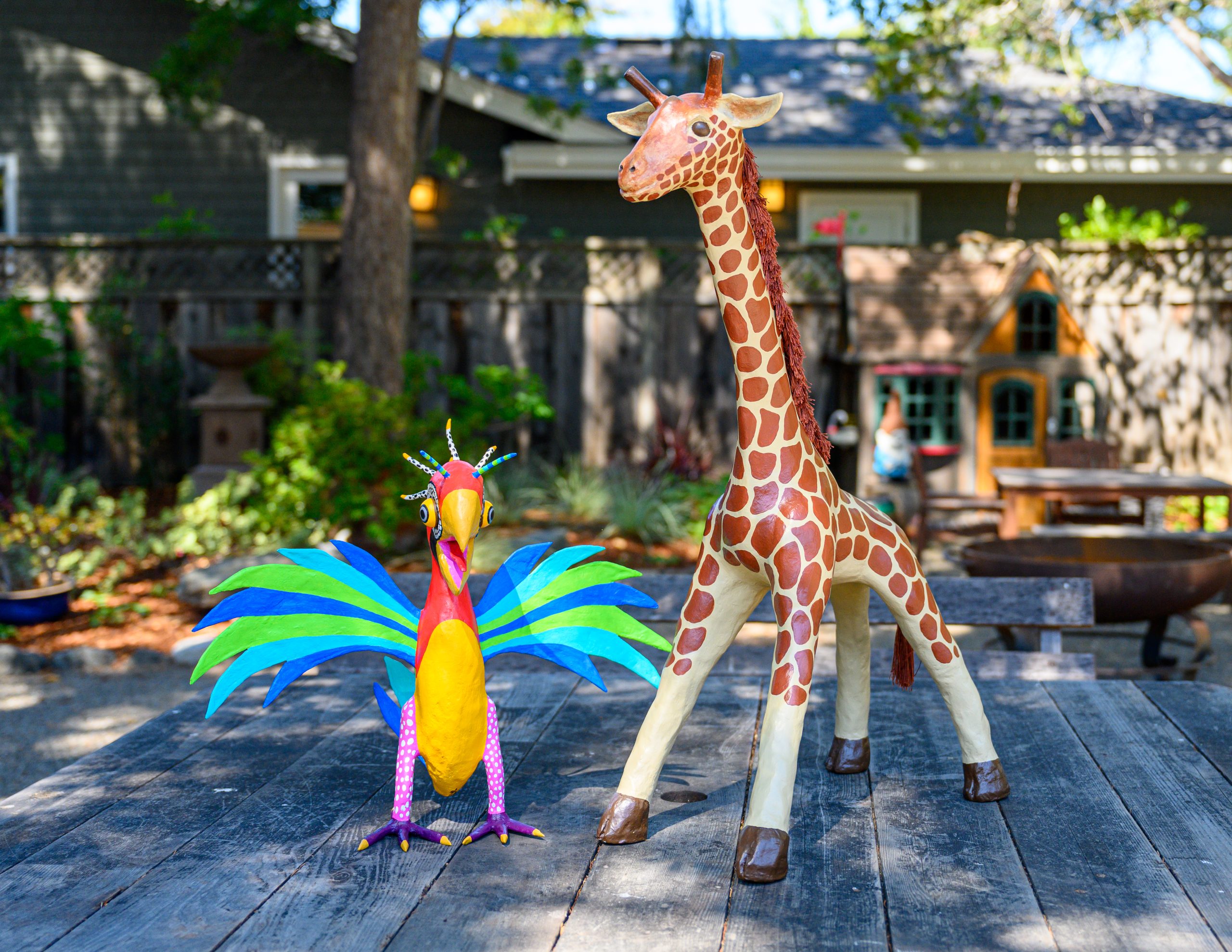 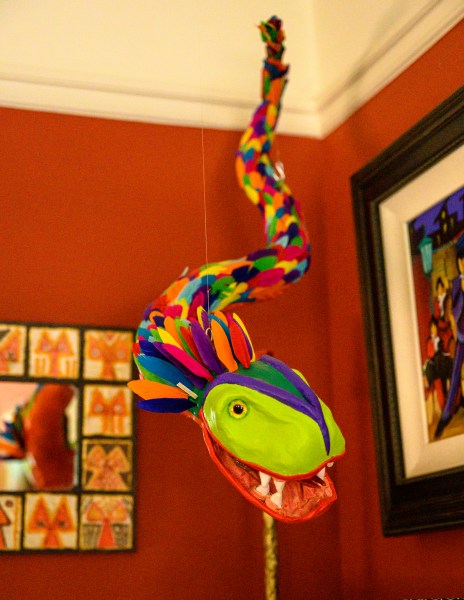 His first inspiration came some years ago while on a trip to Oaxaca, Mexico and a visit to a popular art museum there with its large variety of arts and crafts from all Mescio..

“I knew my grandkids were fascinated by dragons,” he recalls. “So when I got home, I googled ‘how to make paper mache dragons’ and found a Seattle-based artist. The green dragon was the result of three months of work.”

Later came a feathered serpent. “I glued real feathers on it,” he says. ” Goose feathers that have been dyed.”

Or a more recent trip to Mexico, he visit an animal sanctuary that featured a nine foot tall paper mache parrot. “It was so cool — that’s why I made the parrot.”

A large giraffe that his wife Carol got from a neighbor who lived on the street where she grew up in Menlo Park, inspired Bill to make another giraffe. It is destined to be auctioned off at Holidays on a High Note , a fundraiser for the Foothill Auxiliary to the Peninsula Family Service  to be held at the Menlo Circus Club later this month. 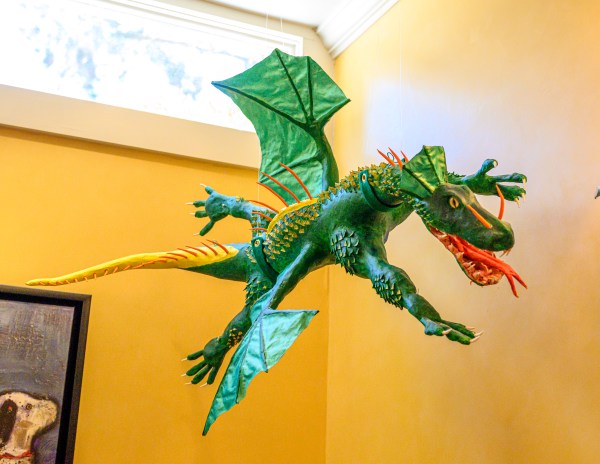 Bill also loves to teach, passing on knowledge to other people. With that in mind, he is working on a video about how to make the giraffe and  the parrot.

Is there any public viewing of “his gallery of paper mache creatures” available? I know of many people, especially those with young children, who would jump at the chance of seeing them firsthand outdoors.