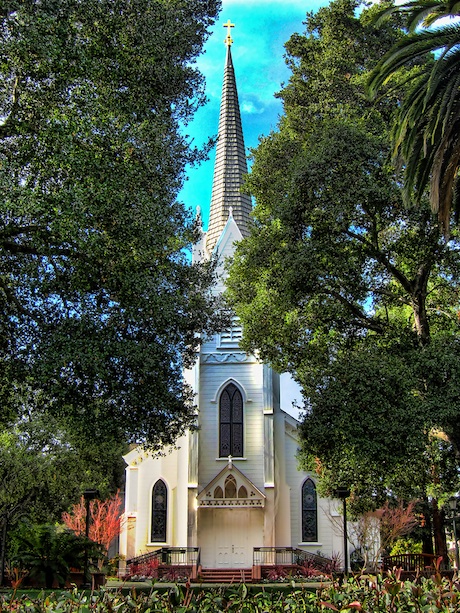 This weekend the Church of the Nativity celebrates the 150th anniversary of its founding.

On Saturday, September 24, at 12:00 noon and 1:00 pm, tours of the church and grounds will be conducted by parishioners who are also  Menlo Park Historical Association members.

At 5:00 p.m., there will be an anniversary Mass in the Church (outside and  the O’Hare Center will be available for overflow seating). This Mass will be celebrated by Archbishop Salvatore Cordileone. Mass is open to all, and seating is on a first come basis. 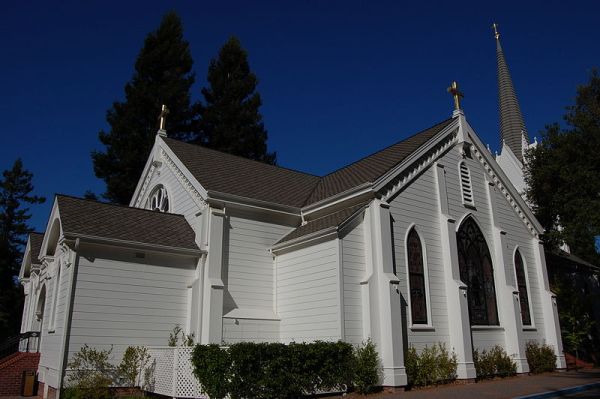