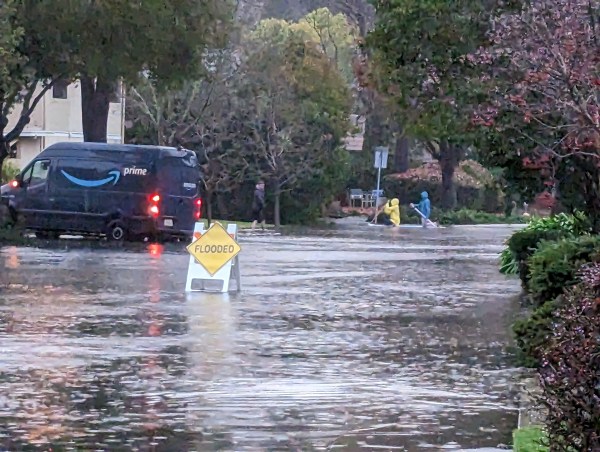 There was concern about San Francisquito Creek flooding surrounding neighborhoods but while it was roaring and reached its banks, it did not breach.

Longtime residents will remember the Creek overflowing in February, 1998, flooding 1,100 homes and causing $40 million in damage in three cities, including Menlo Park. That was one of 13 times it has overflowed since 1910.

Jon Johnston of the Menlo Park Fire Protection District reported that there were no evacuations in the District’s jurisdiction. “However we did use our water rescue team to remove two people from the trailer park on East Bayshore due to 3-4’ of water,” he said. ‘And Weekend Acres had some legitimate moving water in that neighborhood but no issues with residents.” 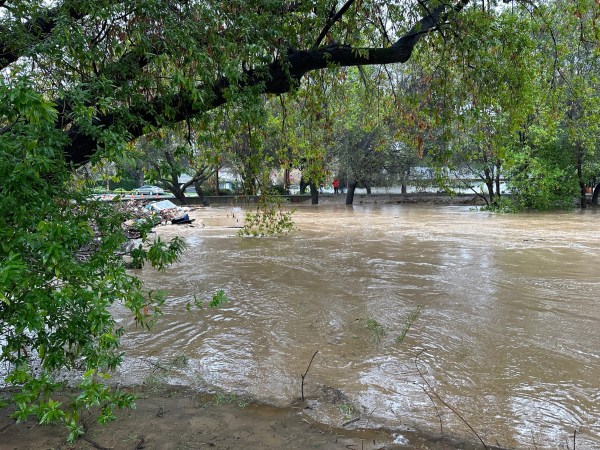 The top photo shows intrepid explorers rowing in the Linfield Oaks neighborhood of Menlo Park and the second photo was taken near the Chaucer Pope bridge on Woodland, between Laurel and Pope. At bottom is photo of the Creek shot from the third tee of the Stanford Golf Course towards the third hole.

InMenlo weather watcher Dennis Nugent reports that his digital gauge recorded 2.78″ for the 24-hour period of December 31, bringing the year-to-date total to 15.03″.

Johnston voiced concerns about the winds and more rain to come starting tomorrow. 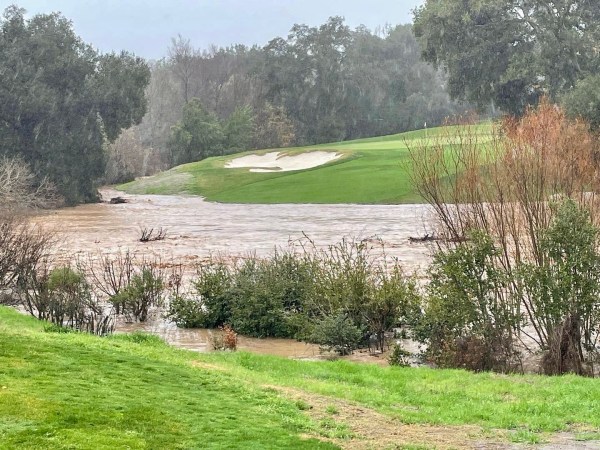