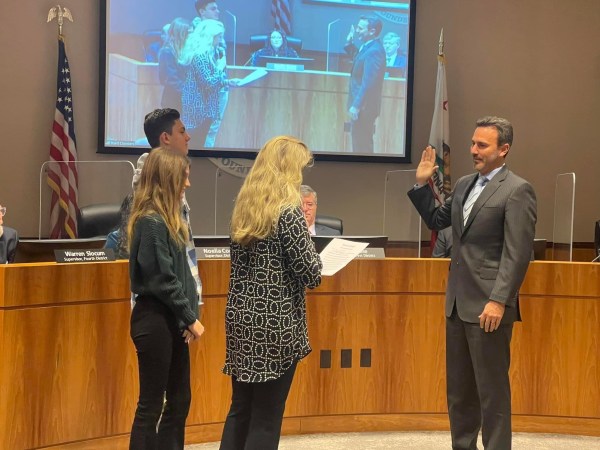 Menlo Park resident Ray Mueller, who served as City Council member, was sworn in as San Mateo County Supervisor representing District 3 this morning in the Board Chambers on the County Center campus in downtown Redwood City.

Ray was sworn in by his wife, Kristen Shima, and children Max Mueller, 17, and Elle Mueller, 13. District 3 includes the cities of Atherton, Half Moon Bay, Pacifica, Portola Valley, Woodside and parts of Belmont and Menlo Park, along with large unincorporated areas.

Noelia Corzo was also sworn in. Together, they represent the largest change on the five-member Board in a generation. The last time two new members were sworn in at the same time was 1993.