Entreprenurial spirit is alive in Menlo 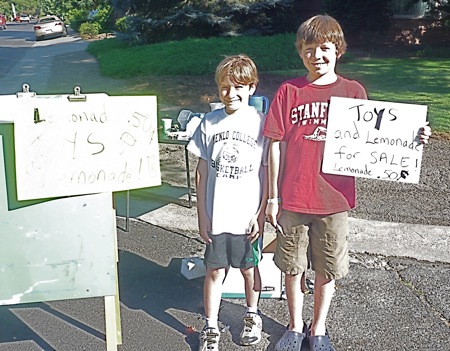 Lemonade stands are a staple of suburban American neighborhoods. So it wasn’t surprising to see a stand set up on a west Menlo Park street corner. But these two young entrepreneurs had something else going as they began their early road to success. They also were selling toys (Matchbox cars to be exact), and when this contributor stopped to take their photo, the oldest of the two asked (with a young promotional mind): “Shall I hold up the sign?” Both brothers grinned broadly.