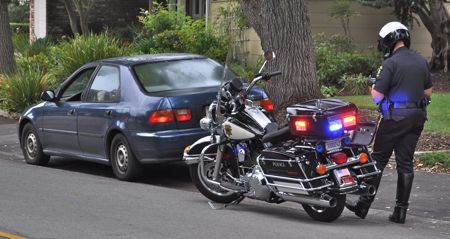 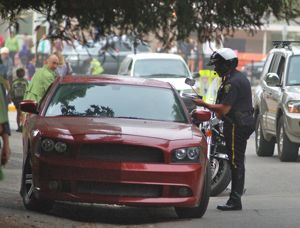 A Menlo Park PD motor officer busily enforced traffic laws in the vicinity of Oak Knoll School this A.M. Rolling stops and ill-advised u-turns seemed to be the most common sins.

Oak Knoll School is in the midst of a large construction project which, combined with the usual crush of school traffic and a home remodel project mid-block has made Oak Knoll Lane even more chaotic than usual during the 7:30 – 8 A.M. rush. The motor officer was teamed with a colleague on foot who was chasing away people who were ill-advisedly blocking the street while trying to drop off children.