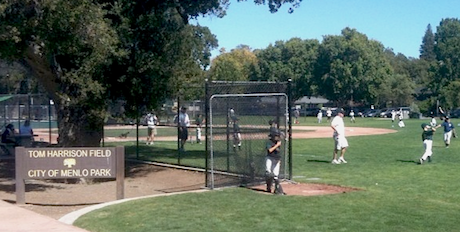 On a warm late summer Sunday afternoon in Menlo Park, Lily and I found lots of activity at Menlo Park’s Burgess Park – including out on the Tom Harrison Baseball Field. 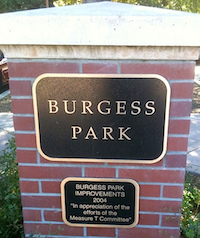 A bunch of kids were using the Skateboard Park – although mostly on bikes with only a handful of skateboards in evidence. Another was trying, somewhat in vain on a rather still afternoon, to fly his kite. Great fun being had by all – including at the adjacent Burgess Swimming Pool.