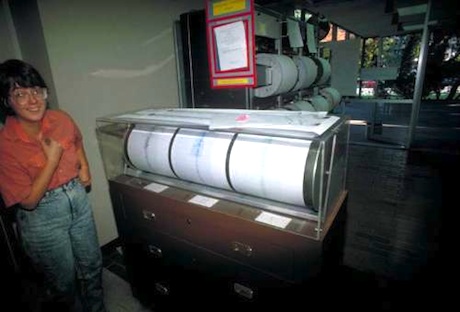 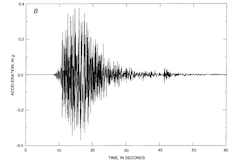 Twenty years ago today, the USGS complex was a very busy place after the infamous Loma Prieta earthquake struck at 5:04 PM. A USGS staffer is seen in the seismograph room, above, shortly after the quake struck.

The quake rocked Menlo Park and the rest of the Bay Area for some 35 second, causing extensive damage in Oakland, San Francisco and the Santa Cruz mountains.Damage in Menlo Park was relatively light despite its relative proximity to the quake.