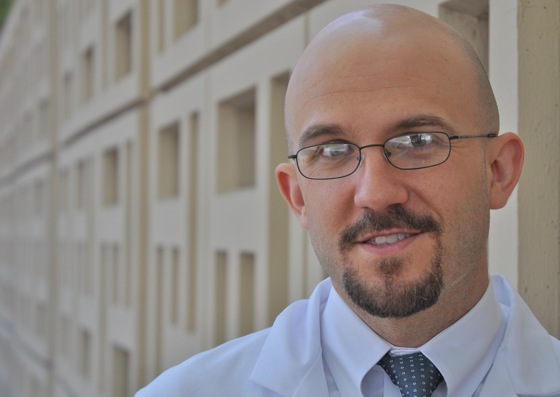 When asked how it is that he manages dual careers as a Stanford medical student  and fantasy novel writer, Blake Charlton answers, “Well, I don’t sleep much.” 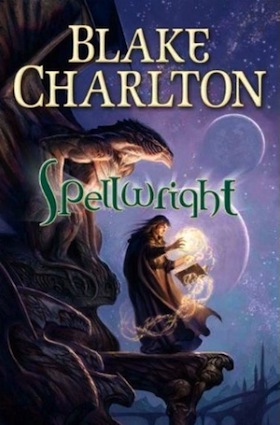 InMenlo caught up with him yesterday near the Stanford Hospital main entrance in advance of his 7:30 pm appearance tonight (Friday, March 19th) at what he calls his “hometown bookstore,” Kepler’s, where he’ll be reading from and promoting his first novel, Spellwright.

“I’ve developed a flexible writing style – I’m happy to find 20 minutes to write. I’m also fortunate for the Stanford Medical Scholars Research Fellowship that has allowed me to pursue my fiction writing as a part of my studies.” he says.

Lest readers think this is a charmed life realized, they should know that Charlton was a special education student during his early elementary school years.  As he recounts on his website: “Each year, I just barely advanced to the next grade. At twelve years old, I still couldn’t read a book by myself. To encourage a love of literature, my parents read to me every night. It wasn’t working. I preferred the football field or basketball court where my disability didn’t show.

“But then my parents began reading fantasy: Terry Brooks, Raymond Feist, Tad Williams, Robin Hobb, and Robert Jordan. Both being psychiatrists, mom and dad noticed my interest and read to me less and less each night. They faked exhaustion or sore throats or tired eyes, but they always left the book.”

Fast forward to 2010 when boyhood-read author Tad Williams says about Spellwright: “Blake Charlton has not only invented a fascinating world and peopled it with realistic people and wonderful, grisly monsters, but he has also created one of the few truly original magical systems we’ve seen in fantasy fiction.”

“Spellwright is indeed inspired by my experiences in local special ed class rooms and later being main-streamed into normal classrooms,” says Charlton. “But then my ability to play football won me a spot at Menlo School. Many of my teachers there both helped me overcome my disability and served as models for the figure of one of the characters in the book.”

Charlton is not likely to be getting any more sleep in the near future. He signed a three-book deal with his publisher and is already at work on Spellbound.