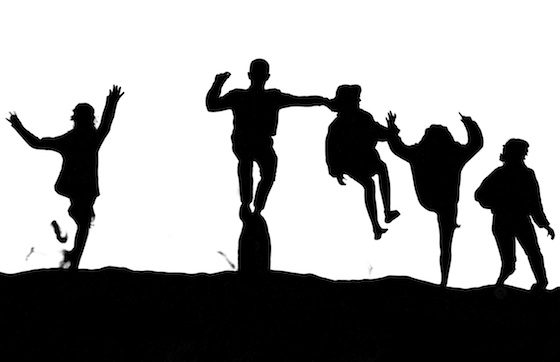 Marc Silber has been selling his photographs since he was an eighth grader at Peninsula School, where he both learned photography and was introduced to Ansel Adams, an experience he still cherishes decades later. 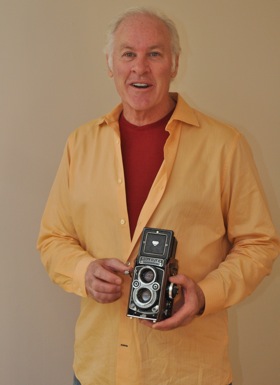 Setting out with a Leica he bought from a teacher for $200, Marc went on to the San Francisco Art Institute – where contemporaries included Annie Leibovitz, who Marc describes as “a real sweetheart, and a great photographer” – before embarking on a lifelong journey recording the California landscape, rural Mexico and other subjects that caught his eye. Marc’s work has been featured in local galleries and publications like The Almanac and Gentry, among more far-flung outlets.

“Gentry once asked me to find great photos in our little neighborhood” says Marc, who responded with an impressive portfolio of photos snapped in and around 94025, including a remarkable sunset made from the penthouse of Menlo’s tallest building. Some of his pictures hang in important collections, including the California Museum in Oakland.

Fast forward to 2010, and the landscape for photographers has changed dramatically. Traditional photo markets, like newspapers and magazines, have all but gone away, leaving a long list of well-known, but unemployed, photographers. Few have found ways to use the internet to advantage, much less profit from it.

Not so for Marc, who has taken his experience, and a gift for teaching, seamlessly to the net. An early collaboration with Robert Scoble convinced him that video – the bane of many, if not most, still photographers – could be an important tool going forward. Marc has since gone on to distill his wisdom – and that of the many  skilled photographers he interviews – into an exercise in internet learning called Advancing Your Photography, which he produces here in Menlo Park in the studio in his 85-year-old converted farm house, a stone’s throw from San Francisquito Creek. “I’m always interested in local photographers.” says Marc.

His subjects have included Ansel Adams himself, in rare footage provided  by the photographer’s family (“I have a connection with the Adams family, dating back to my Mom”), Deanne Fitzmaurice, who won the Pulitzer Prize while at the San Francisco Chronicle, famed sports photographers including 49ers photographer Michael Zagaris, and many more. A common theme for Marc is visualization – teaching the would-be photographer how to approach an assignment, be it self-generated or dispatched from a famous photo agency.

Marc, who lists Adams, Minor White and Henri Cartier-Bresson among his influences, also does photo walks – expeditions that allow budding photogs to see just how it is a pro approaches a subject. Menlo Park may never look better than when a real homegrown pro shows us “the ropes.”