Colleen Haight and the PVs: Supporting the needs of our community’s seniors 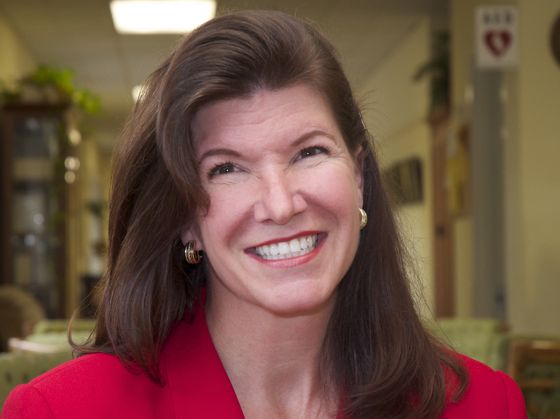 If there’s one organization that’s synonymous with Menlo Park – especially to long time residents – it’s  the Peninsula Volunteers. Founded over 60 years ago by a pioneering group of women focused on serving the  needs of seniors,  it continues to thrive and innovate.

“The women who put this organization together were determined to make things happen – and they did,” says current Peninsula Volunteer president Colleen Haight, who is working to make sure the organization’s mission continues to be relevant today and its many services well known to the community.

The PVs have evolved over the years from a women’s auxiliary-style model to a more traditional non-profit with a paid staff and $16 million budget.  Programs now include Little House, The Roslyn G. Morris Activity Center, which was the first suburban senior center in the U.S.,  Rosener House Adult Day Services, which meets the needs of functionally and/or cognitively impaired adults,  Meals on Wheels, which delivers hot meals to the home bound, and Crane Place and Partridge/Kennedy Low Cost Housing.

“Services today mandate licensed professionals,” says Haight “and our staff is really wonderful. We’re really fortunate to have such marvelous people working for us.”

The 22-member Board of Directors, which also includes the organization’s paid Executive Director Michelle Knapik,  focuses on raising over $2 million annually to support and sustain programs. “We live in such a beautiful and affluent area, I think sometimes we forget that there are people living here who make difficult choices every day – like choosing between food and medicine,” says Haight. “When we do think in terms of our charitable giving, we often first think about children and education. Sometimes our elderly are forgotten.”

As part of its fund raising efforts, the PVs are presenting their 19th Annual Authors Salon on Sunday, April 25th featuring five authors – including 2009 National Book Award winner T.J. Stiles – in conversation with moderator Nick Taylor, who is an assistant professor of English and Comparative Literature at San Jose State and also a novelist. For tickets, call (650) 326-0665, Ext 238.

Haight’s term as PV president ends on June 30th. Asked what mark she’d like to leave, she responds: “I think every President comes in saying, ‘I just don’t want to mess this up.’ As you get more comfortable, you start to think, ‘Maybe I’ll try this.’ For me right now, it’s working to make sure the structure of the Board better serves our mission and does so more efficiently.”