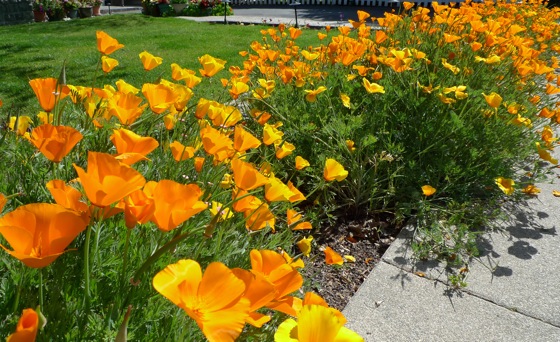 That’s because it’s a riot of poppies, seen here in a curbside strip on Lucky Avenue in West Menlo. The poppies seem to be at their springtime peak here on the Peninsula.