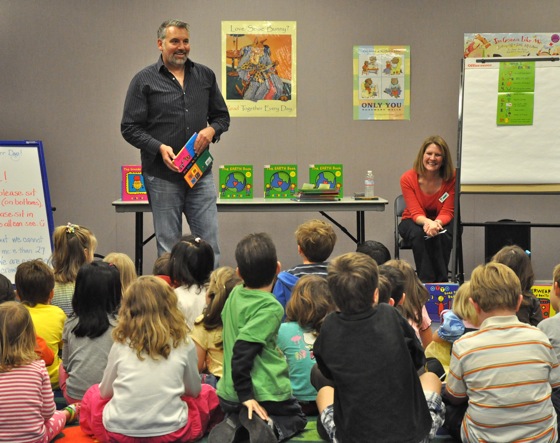 To get things rolling this morning, Todd Parr gave his engrossed audience  of young children a quiz: Is he an author? Is he an illustrator? Is he a monkey? The kids who raised their hands in affirmation to the third question also giggled. 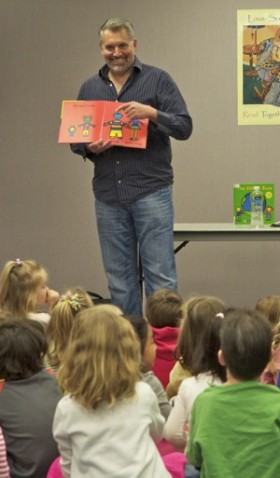 Parr was appearing at the Menlo Park Library at an event co-sponsored by Kepler’s to celebrate Earth Day and read from a number of his children’s book, including his latest, The EARTH Book. The prolific author has written 34 books and will soon release a 35th to be titled Sometimes I’m Afraid.

The kids clamored for him to draw Otto (one of his featured characters) and to have him read Underwear Do’s and Don’ts. Side note: It was the Moms who were the ardent autograph seekers!