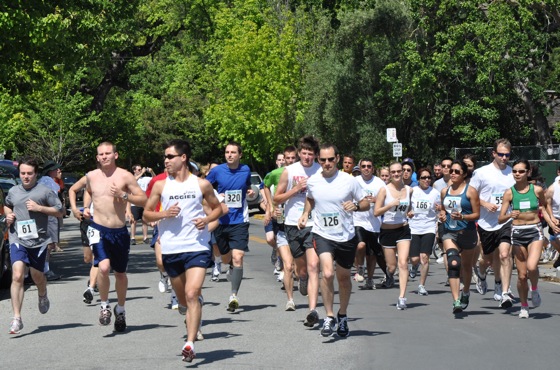 About 500 runners and walkers – mostly young adults – took part in this afternoon’s Freedom Run, an event organized to raise awareness about human trafficking and modern day slavery. Participants, who had 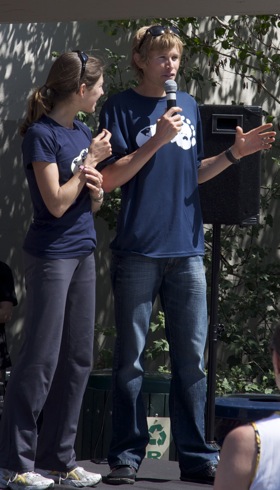 gathered at Oak Knoll School where the race began and ended, were welcomed by Olympic runners and anti-trafficking activists Ryan and Sarah Hall (left). “I know about pre-race jitters,” said Ryan, “but we’re going to start this race differently, walking silently to the starting line and thinking about why we’re here.” The race was followed by a “Justice in Action Rally” that included educational exhibits about human trafficking and fair trade, a letter-writing station to promote advocacy, a prayer board, and information about organizations working to end human trafficking, including Not for Sale, Trade as One, C2BU, and California Against Slavery. Freedom Run was sponsored by Cardinal Life @ Stanford and Kingdom First Ministries.