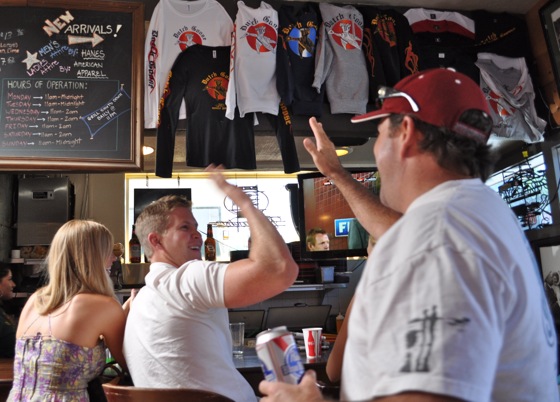 Dutch Goose customers trade high fives after the USA’s Clint Dempsey tied the match with England in the 40th minute of the first half at Rustenberg, South Africa.

Doing its part, the “Goose” featured a World Cup Special – a 24-ounce American beer (Pabst) for $1.83. We’re not sure where the price came from (unless it rounds off to an even $2.00 with tax), but, with the temperature hovering just under 90 degrees, there were plenty of takers.