Kids are part of the show at the Shadow Puppet Workshop 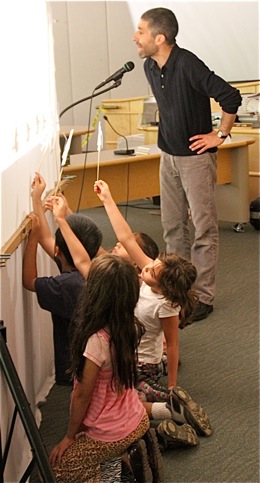 putting on the show. Daniel Barash (pictured), who is the master behind the Workshop, has pioneered the use of shadow puppetry, an ancient art form.  He’s performed his one-man educational theater program for more than 100,000 students across the United States. And today he was in Menlo, thanks to a program sponsored by Friends of the Menlo Park Library.

Photos by Kara Rosenberg. Kara, a junior in high school, is one of InMenlo’s summer interns.