Felton Gables: Menlo Park neighborhood that draws residents in and keeps them there 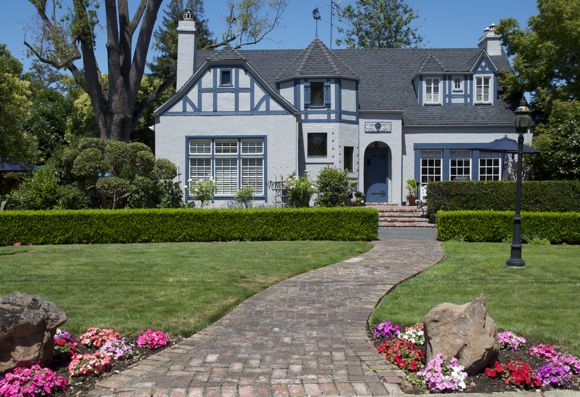 Nestled in a corner off Encinal Avenue are four streets of mostly Craftsman and Midwestern style houses and cottages that just may qualify as Menlo Park’s  most hidden neighborhood. Ask people where Felton Gables is located and they either scratch their head – or think it’s in Atherton 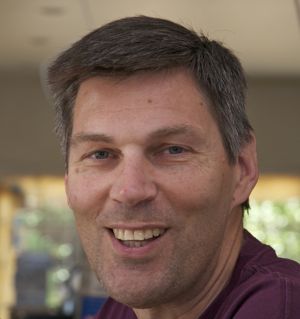 “We’re kind of an island,” says Russ Peterson, current resident of the Felton Gables Homeowner’s Association. “That in itself ties us together. But our annual 4th of July party, held in front of 200 Lennox (pictured above), cements those ties.”

There’s no way to go through Felton Gables – only around it. Because of that the neighborhood doesn’t get much traffic, although that seems to be an enduring topic of the homeowner’s association. “I was reviewing notes from a 1947 meeting and people were concerned about speeding,” says Russ.  “We still are.” 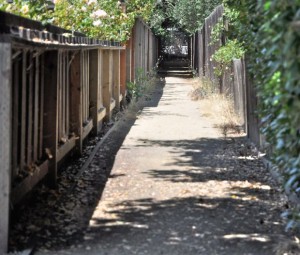 Russ provided InMenlo with a tour of the neighborhood, pointing out the “secret” passage way (left) to Holbrook Palmer Park – “our defacto neighborhood park,” says Russ – that used to be a speedy way to get to the Atherton train station before fencing was put in place. Most of the homes were built in the 30s and 40s on land that once housed the estate of Senator Charles Norton Felton.

Felton Gable residents seem to get stuck on the place. Children grow up and buy their parents home. “People get drawn back,” says Russ. “The Hobbs bought one home, then a second, and then a third. They moved out to Woodside and then came back. They’ve owned the most houses.