At noon today in Menlo, skies were so gray that it not only looked like winter, it looked like rain. It was 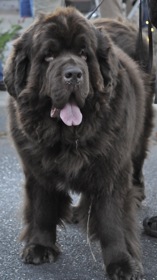 not what the doctors (aka merchants and other folks who had tables) at tonight’s second, and last, of the summer’s Downtown Menlo Park Block Party – sponsored by MP’s Chamber of Commerce – had ordered.

And indeed early on, crowds were sparser than the first block party in June – and certainly than the one a year ago in August. But the sun had made a dramatic appearance by the time festivities kicked off at 6:00 pm, and even a temperature reading of 60 degrees at 8:00 did not dampen spirits of those who’d come out for the free fun.

Among our observations: Can a young girl (top) capture perfectly the carefree spirit of Paris (snapped in front of Left Bank Cafe, no less)?

Is Menlo the home of the world’s largest dogs? (Shown left above is – we think – a Newfoundland but other stars were a pair of Great Pyrenees owned by Chef Suzy.) 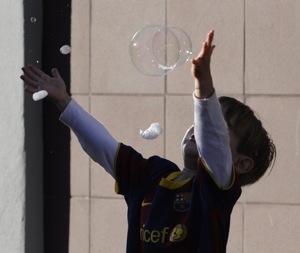 Were there any teenagers (who were in town) not hanging out on Santa Cruz Avenue tonight?

How big can your bubble get? 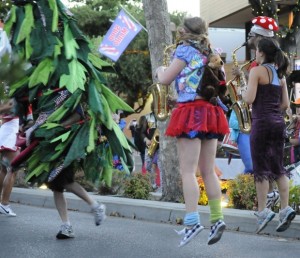