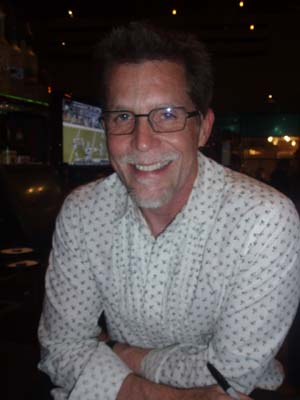 Last night a sold-out crowd gathered for a book-signing and reception featuring celebrity chef Rick Bayless. Billed as “An evening with Rick Bayless,” the event, which was held at Reposado restaurant in Palo Alto, was co-sponsored by Kepler’s bookstore of Menlo Park and the Commonwealth Club of Silicon Valley.

The evening began with Bayless sharing some highlights from his new book, Fiesta at Rick’s, which features 150 gourmet Mexican recipes, along with insider advice, designed for creating unforgettable parties. A few of his secrets? Turn up the music so that guests have to talk a little loudly, provide plenty of nibbles if you’re running behind on the cooking, and — of course — showcase a few signature dishes from the book. 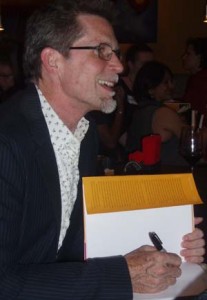 After a Q-and-A, in which Bayless covered topics ranging from how to prepare a State Dinner at the White House to travelling through his favorite culinary regions of Mexico, he proceeded to the bar for a leisurely book-signing. All the while, guests were treated to some of the book’s mouth-watering dishes, prepared by the Reposado staff, including plantain-stuffed chipotle chiles, Mexican-style shrimp cocktail, and chicken mole.

Bayless, the author of six cookbooks, operates three restaurants in Chicago, including the award-winning Frontera Grill and the four-star Topolobampo. He is also well known for winning the Top Chef Masters competition on Bravo TV.