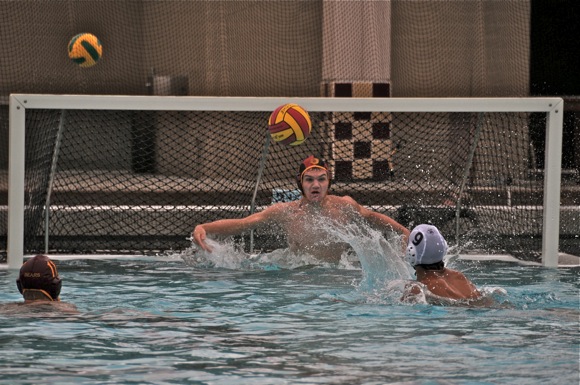 It was a weekend of blocked shots for Menlo Atherton water polo goalie Alex Gow who totaled 33 saves during the 13th annual Scott Roche Memorial Tournament that the Bears co-hosted Friday and Saturday. Max Wilder and Zach Deal each scored five goals during the tournament and every M-A player, except goalie Gow, scored at least once.