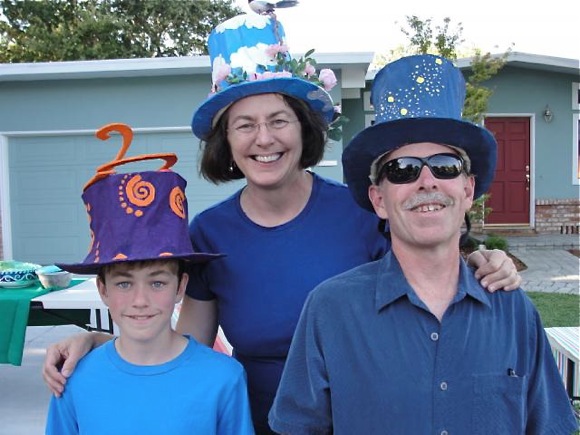 Lorelei Manor may be small – only four streets and less than 100 homes – but it displays a big heart, making it, according to residents, one of the most cohesive neighborhoods in Menlo Park. It also boasts the oldest continuously-charted homeowners association in all of California. Proclaims the Lorelei HOA: “In an era when friendly, close-knit neighborhoods are hard to find, Lorelei Manor continues to be a welcoming, safe, and fun place to live.” 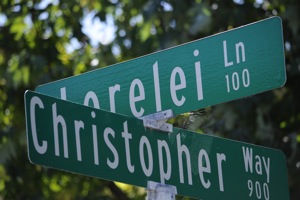 The Association is known for its family fun events – a Halloween parade, neighborhood yard sale, holiday party, Easter egg hunt, ice cream social and a Fall BBQ. The theme of this year’s BBQ, held the second weekend in September was crazy hats/hair – and the Fuller family arrived appropriately adorned.

Meeting at frequent intervals, the LHOA also takes on issues that impact the neighborhood, working in the past to streamline the process for remodeling, organizing the planting of 15 new street trees, and engaging in dialogue with the San Francisco Planning Department regarding the Hetch Hetchy right-of-way adjacent to the neighborhood.

Built in the 1950s, many of the modest (by Menlo standards) ranch homes have been remodeled over the years, and tidy yards are much in evidence. It’s one of the few areas of Menlo where families can purchase a home for less than a million dollars. And if you happen to be one of those new-to-the-neighborhood families, get ready for an old-fashioned welcome via today’s technology – a photo posted on the LHOA website.

Photo of Fuller family, courtesy of LHOA. Used with permission.