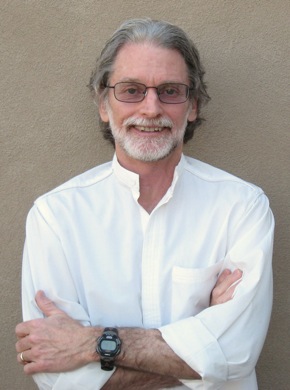 Michael Fazio has been at Menlo Park-based SLAC for a little more than a week—he’s barely settled into his office—but he has worked closely with many SLAC employees throughout his career in accelerator and radio-frequency source science at Los Alamos National Laboratory in New Mexico.

Fazio was recruited to lead the Klystron Department at SLAC. His work involves both overseeing the fabrication and maintenance of current klystrons—the high-powered radio frequency sources that accelerate electrons down the linac—as well as developing new power sources for next-generation machines.

“Our klystrons are one of the mission-critical systems that keep the SLAC accelerators operating today,” Fazio said. “But enhancing the research and development for advanced RF sources and accelerators is essential to assure a viable future that supports SLAC’s evolving mission.”

Fazio said one of his major goals at SLAC is to build a strong research program for future radio-frequency sources, which he plans to do by setting up his staff for success.

“You have to have the right people, give them important and challenging problems to work on, and provide them the right resources to tackle those problems,” he said. Partnering with the Accelerator Research Division, one of the challenges Fazio’s team plans to address is building sources with not only higher frequencies and higher power, but also lower cost than current technologies.

“Accelerators are expensive! If we can figure out how to make them less expensive, people could build light sources in more locations, making this important tool available more broadly to researchers,” he explained.

Bringing a background in high-power electrodynamics

Fazio has a long history of doing research and development for both the Department of Energy and the Department of Defense at Los Alamos. Most recently, he led the International, Space & Response Division, where he was responsible for projects such as nuclear detection technologies and instruments aboard NASA-sponsored planetary and interstellar exploration craft. His background in high-power electrodynamics allowed Fazio to do extensive research and development work on advanced accelerators, high-power RF sources, free-electron lasers and compact pulsed power—experience that he will bring to his new position in the Klystron Department at SLAC.

“Los Alamos is the only place I’ve ever been,” said Fazio, who first spent a summer there as an electrical engineering graduate student from Rice University, then stayed for more than 30 years. “I thought I would never go anywhere else, but if I did, that it would be to SLAC.” Although Fazio is still unpacking, completing his training, and getting caught up on what’s going on within his newly inherited department, he said that so far “it’s been a fun change, with some clear challenges ahead, and I really like the people.”

At home in a national lab setting

While the Bay Area is different than Fazio’s previous home in Santa Fe (which the skier and mountain climber says is great because he’s always wanted to spend time in the California Sierras), Fazio feels at home in a national lab setting.

“We get to work on challenging problems that can’t be solved, or in many cases even conceived of, anywhere else,” he said. “It’s our responsibility to come up with the ‘out of the box’ solutions, move the science and technology forward, and give the nation high value for its investment in the national laboratories.”

This article originally appeared in SLAC Today. Used with permission. Photo is courtesy of Michael Fazio.