Menlo Atherton Adult Soccer League: Fun and competition for women of all ages 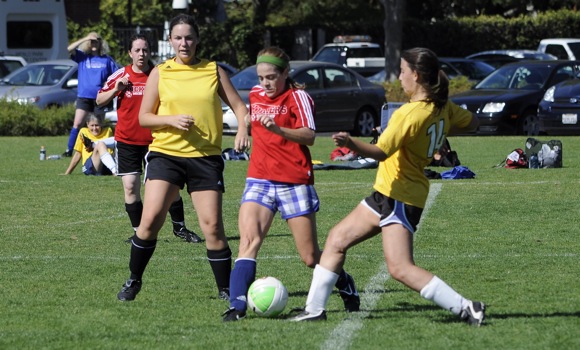 Are you a women over 23 years old? Have a yen to play a competitive team sport? You’ll be welcome into the Menlo Atherton Adult Soccer League (MAASL). 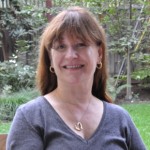 “This league is for every women – young and old, with or without soccer experience,” says Menlo Park resident Bea Robertson, who’s a member of the non-profit league’s volunteer Board of Directors. “Play in MAASL and you’ll have the opportunity to learn from other warm, wonderful women.”

Currently the league, which was founded in 1980, has five teams, with talent and experience level balanced across each team. Bea explains that players rate themselves when they fill out an application, which are taken year round. Participants pay a $75 fee ($85 for non-Menlo Park residents).

There are two seasons a year – mid-March through early June and September through mid-November. Games are played at Burgess Park on Saturdays and Tuesday and Thursday evenings (light permitting.)

Bea, who’s played in the league for 10 years, says the league has a few players who’ve been playing 20-25 years. “Women join and then come back year after year,” she says. “The connections between women are really strong. It’s always a great reunion when a new season starts.”