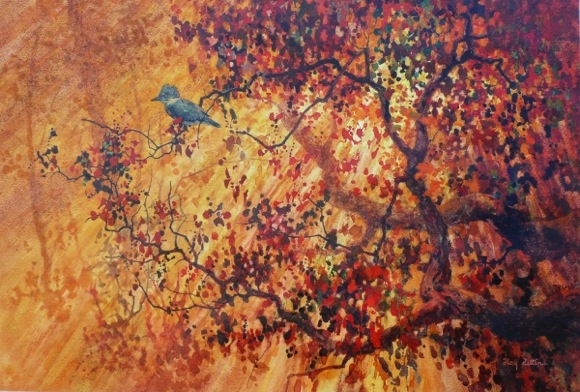 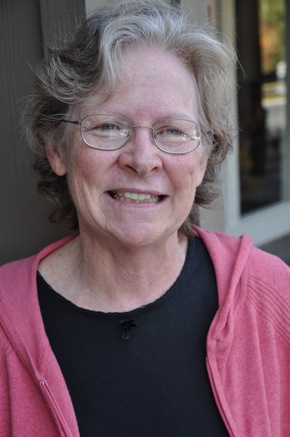 To many, Floy Zittin is “the” Menlo Park painting teacher. Her classes at Little House fill up quickly. “I’m lucky,” she says, “I have a pretty loyal following.” Her next session begins in January with registration starting on Nov. 29.

She thinks one reason her classes are popular is that she takes a more structured approach than some art teachers. “Each lesson is centered around a problem, for example a problem in design or in color. And I try to encourage people to develop their own style.”

Floy, who paints in water color and features birds as subjects, didn’t think she would become an artist. In fact, she studied to be a marine biologist.

“I started out as a scientific illustrator, but soon found I liked the drawing more than the research,” she says. “I really fell in love with the idea of creating something.”

Her focus on painting birds came initially due to her interest in natural history and has expanded over the years. “The birds around here are so amazing and accessible to everyone. Plus, there’s the element of discovery.”

Floy typically works on about five paintings at a time. “There’s a lot of drawing involved. Plus it’s best for me to put each painting away for awhile and then come back and finish them.”

After teaching for 20 years, usually four times a year, Floy is working on “simplifying life.” She may start holding workshops rather than classes. But her focus will remain on painting. “It’s so much fun,” she says.