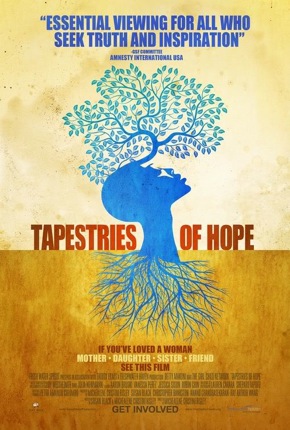 Menlo Park-based Child and Family Research and Training Institute (CFI) is screening Tapestries of Hope, a documentary film made by one its graduates, Michaeline Risley, on Monday, January 24 at 7:00 pm in Angus Hall. The screening is open to the public; the cost is $10 per person.

The Tapestries of Hope website says that the film “unearths the Zimbabwean myth that if a man rapes a virgin he will be cured of HIV/AIDS. The consequences of this myth are tragic; sexual abuse is rampant, girls as young as one day old have been raped, and victims are being infected with HIV/AIDS. In 2007 Michealene traveled to Zimbabwe to document this affliction, focusing on the work Betty Makoni has done to help the victims of rape and sexual abuse. As a result of her filming Michealene was jailed, interrogated, and deported from Zimbabwe. This courageous film of tragedy and empowerment has won awards at the Louisville International Film Festival, the Monaco Film Festival, and the Honolulu International Film Festival.”

CFI is located at 330 Ravenswood Avenue.