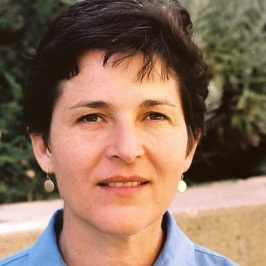 We have all observed ants traveling in meandering highways through our kitchens in highly-organized missions to remove something sugary left on a counter top.  As it turns out, these ants are an excellent example of a complex biological system. Despite the presence of a “queen,” there is no centralized control system.  Also, ants are not genetically hard-wired to robotically complete pre-defined tasks – they can change roles. Despite the lack of central control, ants perform a variety of coordinated tasks like nest construction, caring for larvae, pupae transportation, fighting and raiding our cupboards.

Understanding how ants know what to do and when to do it is the expertise of Stanford professor Deborah Gordon.  At our next Café Scientifique on Tuesday, Feb. 8 from 6:00 to 7:30 pm, Gordon will share her insights gathered while deciphering the chemical, genetic and behavioral codes of ant colonies. She will also discuss colony life-cycles, how interaction networks determine colony behavior, and surprising discoveries about the evolution of complex systems.

Gordon is a professor and research scientist in Stanford’s Department of Biology. She has spent considerable time in the field, including observing the same set of harvester ant colonies in the Arizona desert over a 25-year period. She has a recently published book – Ant Encounters: Interaction Networks and Colony Behavior – and was awarded the Walter J. Gores award for teaching excellence. She received her MSc from Stanford and PhD in zoology from Duke.

Café Scientifique events, which take place at SRI in Menlo Park (Middlefield Rd. at Ringwood Ave.), are open to all free of charge. Coffee, tea and biscotti will be complimentary, provided by SRI – bring your own mug if you wish to avoid using disposable cups. Courtesy of Kepler’s there will be a drawing for a $30 gift card for books or merchandise at Kepler’s on El Camino Real in Menlo Park.

John McIntosh is publicist and administrator for Café Scientifique