Menlo’s Knight School: Engaging the intellect, the hand, and the heart 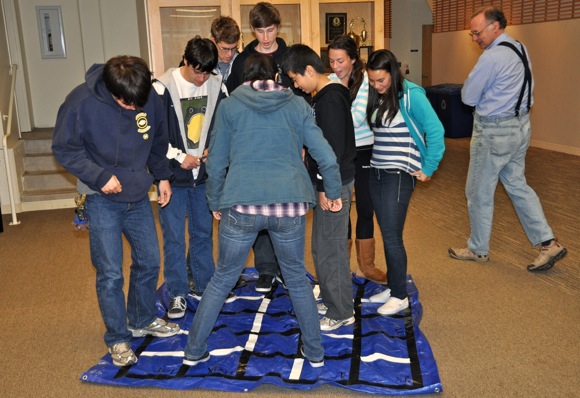 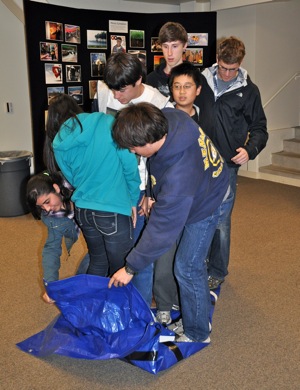 It was a double puzzle. First, students had to figure out how to turn over a tarp without actually leaving it. And then they had to solve the puzzle revealed on the reverse side. It was just one of the morning’s activities during the Knight School class Working at Play and Playing at Work: Puzzles, Ciphers, Games and Hidden Treasures.

Knight School is a week of mini-courses offered on a pass-incomplete basis at Menlo School. The usual academic schedule is suspended and students enroll in one elective course. First offered in 2007 and begun this year on Monday, Feb. 14, students selected from 40 courses, 40% of which were new.  The broad range of topics include  mathematical explorations, mountain biking on the Peninsula, politics and criminal justice, the chemistry of chocolate, diplomacy, archaeology in action (aluminum melting shown in bottom photo), Kung Fu heroes, and the phenomenon of Facebook. But all is not fun and games; a good number of the courses have a strong community service component, which engage the heart and hand as well as the intellect. 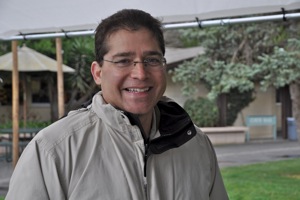 passions,” said Peter Brown (right), who is both Director of Knight School and a Menlo School history teacher. “We want students to learn about themselves and what their affinities may be without the overlay of grades. It’s about fostering a love of learning in a more general way.”

Brown explained that students are more than just participants. This year 30 students are co-teaching courses, and at the conclusion of each Knight School, they contribute feedback about courses and make suggestions for next year’s offerings.

“While all the courses are experiential to some extent, students are expected to 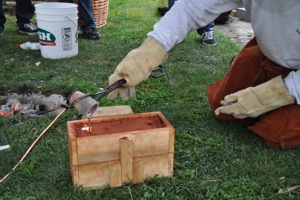 produce something at the end in a publicly vetted way,” said Brown. “That is an important common denominator of Knight School.”

And just what are some of those end products? Measure what you accomplished in high school against these examples: financial advice website, panel discussion on Israel and Palestine, new Wuxia story, cuisines of the world lunch prepared and served to school, mock criminal trial, Brazilian percussion and dance number — to list just a few.