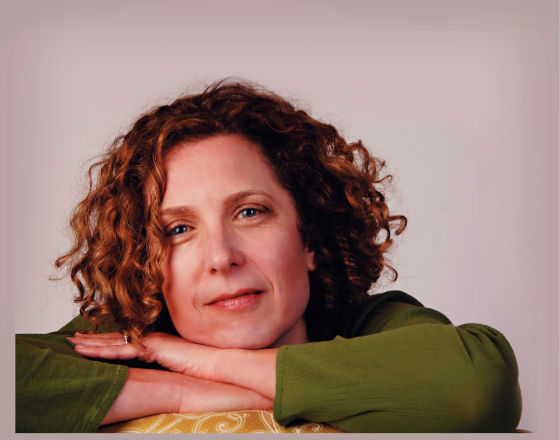 When it debuted late last month, Peggy Orenstein’s new book, Cinderella Ate My Daughter, struck a chord with mothers — and fathers —across the country. The catchy title resonated with parents whose kids had been there and done that, or were in the midst of living through the seemingly requisite Princess Phase. But many wondered: What’s the big deal, really? Isn’t loving all things pink and glittery just part of growing up girl?

Orenstein, a best-selling author (Waiting for Daisy and Schoolgirls) and journalist who has built a career writing about issues affecting women and girls, began asking similar questions when she became a parent. A self-described “mom who’s a journalist or journalist who’s a mom,” Orenstein wanted to know where the path from princess dress-up clothes, pink Scrabble games, kid-friendly make-up, and Hannah Montana fever could lead her daughter Daisy and other young girls. As the book reveals, it’s far from the stuff of fairy tales — premature sexualization, the risk of depression, poor sexual choices, rising rates of narcissism.

Bringing these extraordinarily high stakes into focus, it’s no surprise that Cinderella Ate My Daughter has been flying off the shelves and on to the New York Times Best Sellers List. Orenstein hoped the research-based book would be well received, but, frankly, she was surprised that it has been embraced across the political spectrum. “I’m from Berkeley, after all,” she quips.

Joking aside, its broad acceptance has had an important impact: “It has started a conversation,” Orenstein says.

Continuing the national conversation at Kepler’s on Thursday, Feb. 24 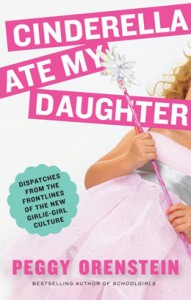 Locals can join in on the eye-opening discussion this coming Thursday, Feb. 24 at 7:00 pm at Kepler’s. There’s plenty to talk about, as Orenstein’s book covers a lot of ground: gender differences, the pull of the princess, the incredible pink marketing machine, kids getting older younger (KGOY), balancing femininity and feminism, the impact of social networking on self image — and more.

One of the most surprising take-aways is just how much has changed in such a short time. As the book’s subtitle, Dispatches from the Underground of the New Girlie-Girl Culture, notes, the focus on selling to ever-younger girls (and boys) is a recent phenomenon. “Just a decade ago, we’d be talking about companies marketing to a 15 year-old; today we’re talking about preschoolers. Everything is hypersegmented,” she explains.

Or consider another revealing study that Orenstein uncovered in her research: The young women had a difficult time differentiating between what they look like and how they feel. They, like so many other girls growing up in our media-saturated world, come to view female identity as peformance.

Heavy stuff, indeed, but as fans of Orenstein have come to expect, she brings plenty of humor and honesty to the topic. She readily admits that it’s a challenging issue, one that as a parent she also struggles with on a daily basis. (In case you were wondering, yes, even her family couldn’t escape the incredible pull of Barbie every single time they went shopping.)

After reading the book, or hearing her speak, parents often have a single question for Orenstein: Now, what? They want to make a positive change in the way they’re raising their daughters, but they don’t know where to start. After all, no one wants their kid to feel like a deprived outcast.

“Engage them in and get them excited about alternatives,” explains Orenstein. For instance, Greek mythology offers great alternatives to the storybook princesses. Orenstein’s own daughter dressed as Athena for Halloween. Or instead of reaching for more pink clothing at the store, try tie-dying a batch of rainbow-colored t-shirts that your daughter will be proud to wear because she made them. For tweens and teens who are beginning to make their own choices, conversation is key. Discuss what they like and why, and share your own views in the exchange.

Orenstein, the realist, admits that it absolutely takes more work to make healthy choices and sometimes you might feel like a fish swimming upstream. Change takes time, and she draws a parallel to the local food movement that has now been broadly embraced but some 50 years ago began as a grassroots effort in the Bay Area.

Orenstein also points out local resources like the Girls Leadership Institute, co-founded by Rachel Simmons and Simone Marean, who’s been a fixture at Menlo Park schools where she has run the popular parent-daughter workshops. For even more ideas, check out the Resources page on Orenstein’s website, titled “Fight Fun with Fun,” which she is continually updating with ideas and information.