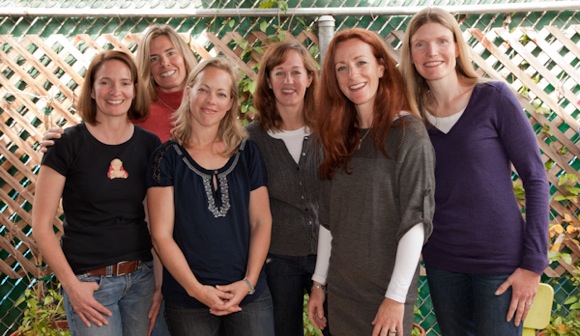 Raising $60,000 in just six months is quite an accomplishment. But for the dozen women behind the Empower Through Education group, it’s just the beginning. They’ve set their next milestone at $100,000 — enough to build and run two schools through the Central Asia Institute, the nonprofit founded by Greg Mortenson, author of Three Cups of Tea.

As part of this next push, the women, several of whom live in Menlo Park, will host a fundraising reception on Monday, March 28 at 7:00 pm at Café Zoe. Their Peace and Hope event is about much more than wine, tasty nibbles, and enticing raffle prizes — although guests can expect that too. The centerpiece of the evening is guest speaker Fozia Naseer, Women’s Development and Scholarship Director, Azad Kashmir, of the Central Asia Institute (CAI). Fozia will speak about CAI’s work in Pakistan and its mission to promote and provide community-based education and literacy programs, especially for girls, in remote mountain regions of Central Asia.

And while the group hopes that the inspiration might be in the form of a donation to ETE, they are passionate about any efforts that support the Girl Effect, the global movement started by the Nike Foundation that sees the education of adolescent girls as the key to ending poverty and helping the developing world.

From babies and books — to building schools

Just how did the group find its own inspiration and get started on what might seem like an unlikely path? After all, most of them met as new mothers in a Stroller Strides class at Holbrook-Palmer Park. From there, their friendships developed and they gathered socially for movie nights, political discussions, and book club. It was after reading Three Cups of Tea, followed by Half the Sky (Nicholas D. Kristof and Sheryl WuDunn) that the women were moved to take action.

“We looked around at everything we had and felt like we had to do something. And we were so inspired by the personal sacrifices that Greg Mortenson made,” recounts Monica.

The group settled on Mortenson’s CAI only after doing research on various human rights organizations and determining it was the best choice for them. The organization’s philosophy dovetailed with their own beliefs, and they were impressed with what CAI was accomplishing in Pakistan and then Afghanistan.

They started their fundraising efforts in earnest over the summer, with each member hosting an event for her personal network. And they got creative: Pinot and Peace wine-tasting parties, a Three Cups of Tea Party, a Dailey Method exercise gathering, holiday portrait sessions, and more. One of their most personal events was what they refer to as Patti’s Big Swim, in which Patti, an open water swimmer, raised money attempting to swim 23 miles across Monterey Bay.

Monday evening’s event at Café Zoe is a larger, community-focused affair. And one key element is the incredible support from local businesses, including those at Menalto Station like Captivating Dance, Spa in the Park, Studio Cake, and Twig and Petals. “We’ve had a tremendous response from Kathleen at Café Zoe and so many of the businesses here. We can’t thank them enough,” says Kathy. (For a complete list of sponsors, see ETE’s website.) 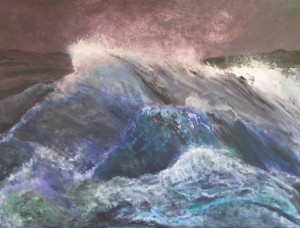 One notable sponsor is Menlo Park artist Tim Christensen who has donated an original acrylic painting for auction (pictured at left).  The painting, titled Southerly, will be on display at Café Zoe on Monday, but is being auctioned through CAI’s eBay storefront in order to draw a larger potential audience. Click here to view details and place bids.

If you are interested in attending the Peace and Hope event and hearing Fozia Naseer speak, please RSVP to ﻿﻿info@empowerthrougheducation.com.