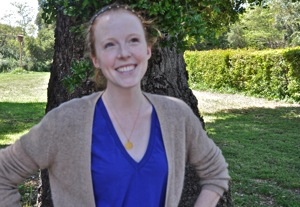 After a successful pilot season last year, Windrider Film Forum opens officially this year, screening films and hosting conversations over three days beginning Thursday, April 28 at the Menlo-Atherton Performing Arts Center. The Forum, a program of Fuller Theological Seminary, which has a campus in Menlo Park, is the result of the hard work of two local residents, Terri Bullock and Meritt Sawyer, both of whom serve on the Forum Executive Committee.

“We’re not just showing Christian film and we’re not trying to be church in a movie theater,” said Laura Turner (pictured), the Forum’s local producer, who also serves as the Seminary’s Admissions Director and is taking classes while discerning her avocation. “It’s more about being a good neighbor by creating a place where people can have conversations around all kind of issues in a neutral, community-based setting.”

The first film of this year’s Forum is The Dry Land, which deals with post-traumatic 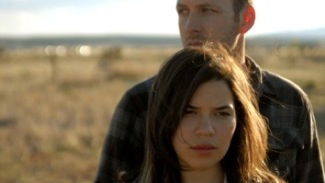 stress disorder among vets returning from Iraq. There will be representatives of the Menlo Park VA along with Dana Hendrickson, founder of Rebuild Hope, at a special reception following the film, which was a Sundance selection in 2010.

Laura said that Windrider Film Forum was held initially as a class at the Sundance Film Festival in 2005. “A lot of Fuller students at our Pasadena campus are involved in the film/TV/entertainment industry,” she said. “They were interested in integrating the industry and seminary experience. It took shape from there because of the passion and vision of a couple of individuals at our Colorado Springs campus. Terri and Merrit brought it to the Bay Area.”

Other films being shown at MAPAC include a feature film about Pakistani Prime Minister Benazir Bhutto’s life, three short films dealing with social justice issues (followed by a Fair Trade bazaar) and the documentary Cool It. More information and the schedule are available online.

Laura admitted she was initially reluctant to take on the assignment of Film Forum producer. “I didn’t think of myself as a film lover,” she said. “But then I thought about how I’d go to a film with friends and then go somewhere to talk about what we saw. It was about what touches me, what engages me. Producing Windrider Bay Area extends that kind of conversation. It’s really to enrich the community.”