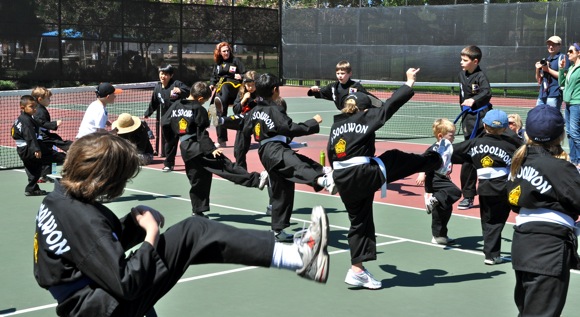 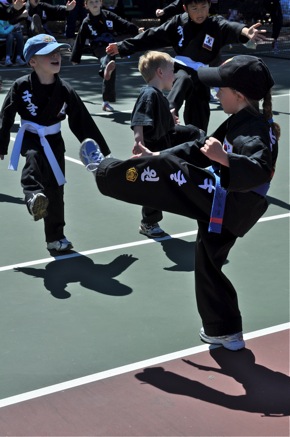 About three dozen students of Kuk Sool Won of Menlo Park gathered at the Burgess Court tennis courts late this morning for an hour-long kick-a-thon to raise funds for Lucile Packard Children’s Hospital. Kris Quintana, the martial arts school owner and chief instructor, said this is the third year in a row her students had taken part in a fundraising effort for the hospital. The kids have been gathering pledges for the past couple of weeks and parents were on hand to record the number of kicks. One spectator said a few kids had raised a couple of thousand dollars in pledges. The kick-a-thon’s goal was to raise a minimum of $10,000 for the hospital.