It’s the season for polo playing and watching 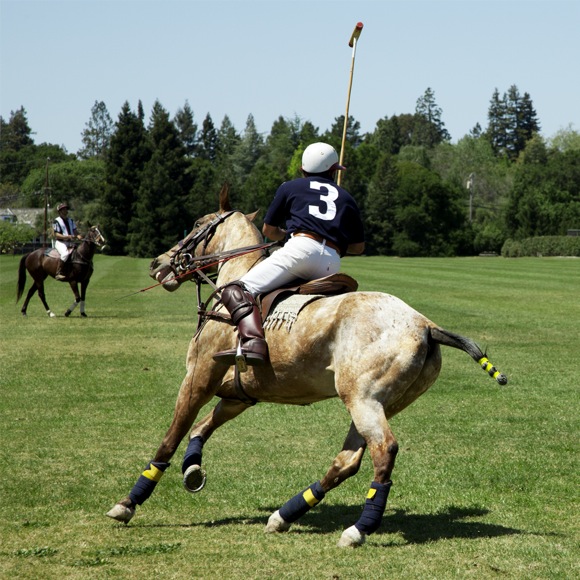 Think that playing polo looks like fun but don’t know how to ride a horse? No problem, says Erik Wright, manager of the Menlo Polo Club. “Most of the people that I instruct haven’t ridden a horse before,” he said during at an interview at the Circus Club barn. “People tend  to learn to ride quickly because they don’t over think the  problem. They learn the sport and how to ride at the same time.”

Polo has been a fixture at the Circus Club since 1923, making the Menlo Polo Club one of the oldest in California. The 2011 season has just begun; games are played every Friday at 4:00 pm and Sundays at noon at the Menlo  Circus Club in Atherton. Everybody’s welcome to watch the matches — you don’t need to be a member of either Club. Cautions Erik: “It’s good to call the schedule line (650-482-5000) because there are changes depending upon how many people are playing.” 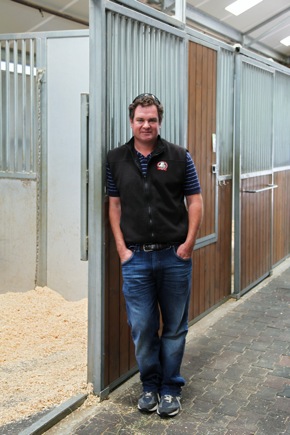 Erik grew up in Palo Alto; his grandfather played polo. He listened to polo stories and went off to UC Davis thinking he’d be a vet. But along the way, he started hanging out at the Circus Club, learning about horses. “I thought I’d take a year off and do this for fun,” he said. “Here I am 22 years later.”

He spends half the year here and the other half in Palm Springs, while also retaining a year-round presence at the Los Angeles Equestrian Center. He keeps a string of 65 ponies at the Horse Park in Woodside; they’re trucked in for matches.

“Polo is  much more accessible than people think. I have a string of school ponies and a set of lease horses. They provide a stepping stone.  Usually people rent from me for a couple of years at the start before they buy their own horse.

“People think that playing polo is prohibitively costly, but it’s really the same as golf, skiing, etc. People can participate at different levels, depending on the skills.”

According to Erik, women are the largest growing sector of the coed sport — not only here but nationwide. The U.S. Polo Association Ladies Cup takes place Saturday, May 28. The Menlo Polo Club’s schedule is on Facebook.