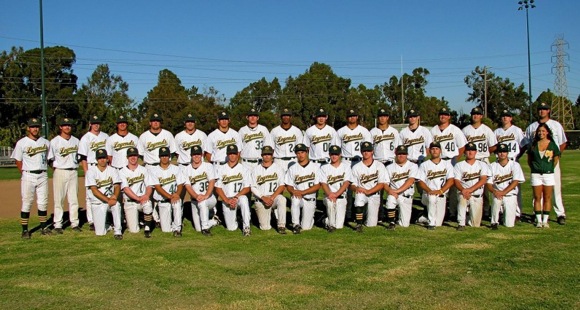 Update: David Klein sent InMenlo an email late this afternoon: “Unfortunately the field was too wet to play today! 🙁  Super bummed, however we are going to play tomorrow instead – same time and location.”

After a first of the season win last Sunday over the San Francisco Seagulls, the Menlo Park Legends play their home opener against Fontanetti’s at Menlo College on Wednesday, 6/1 at 4:30 pm.

Last year the Legends had an overall 37-10 record, winning 19-5 within their league. They finished in first place in the Pacific West Baseball League.

Photo of 2010 Menlo Park Legends, courtesy of the team