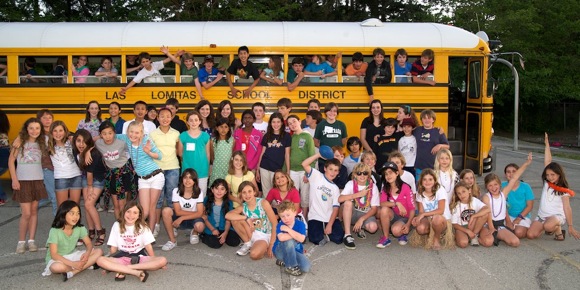 Las Lomitas Education Foundation, the non-profit, volunteer-based, community organization dedicated to fostering and enriching the tradition of educational excellence in the Las Lomitas Elementary School District (LLESD) will give the District an unprecedented $2,400,000 towards the 2011-12 school year budget. This culminates one of the most successful fundraising efforts in the Foundation’s history.

The Foundation raises funds for the District through a variety of activities including its Annual Giving Campaign; Spring Auction Event; programs for leadership donors, grandparents, business partners, and alumni; eScript and Shop Online; corporate matching gifts; Fund-A-Need; and the Endowment Fund.  Included among the many highlights of this past school year were:

“The amazing success we had this year was made possible through the combined generosity of so many parents, grandparents, teachers, staff, community members and business partners alongside the countless hours of passionate Foundation volunteers.” said Diana Sunshine, President of Las Lomitas Education Foundation, “Setting a new fund raising record in the middle of a prolonged economic recession underscores our community’s deep commitment and dedication to our schools.  Our heartfelt appreciation goes out to everybody.”

The Foundation’s gift will provide much needed funding to the District which relies on nearly 10% of its revenue from this critical source. The two schools in the Distract are La Entrada and Las Lomitas.