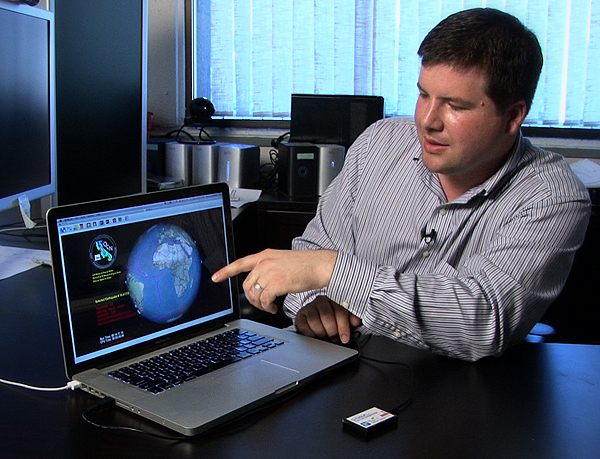 Six thousand tiny seismic sensors are seeking homes – or offices or classrooms – where they can take up residence.  The matchbox-size sensors are part of a new phase of the Quake Catcher Network, a project that is building the densest networks of seismic sensors ever devoted to studying earthquakes.  All it takes to volunteer is a computer, an Internet connection, and a small patch of floor space.

The first roll-out of the sensors began last weekend in the San Francisco Bay Area, where volunteer installers were available to deliver 200 sensors to people who signed up to host one.  The researchers hope to install more than 500 sensors in the Bay Area this year, shipping the majority to hosts for self-installation.  QCN is developing complementary networks in Southern California, the Pacific Northwest, Anchorage, Salt Lake City and Memphis.

“With thousands of volunteers hosting our seismic sensors, forming dense networks in these regions, we’ll be able to get data on a level of detail and with a degree of accuracy that we could only dream about before,” said Jesse Lawrence, assistant professor of geophysics at Stanford University, where the project is based.

Louis Bergeron is a writer with the Stanford News Service.